What makes a person “good” in the grand scheme of things?

There are some traits considered to be good by just about everyone. There are also cultural variables as to what symbolizes and expresses goodness in a person.

Ultimately, it’s up to the individual to determine what they feel are the qualities of a “good person.”

When we’re asked to explain why some of our heroes are (or were) sincerely good people, many of these traits will make the list.

A good person is a prudent person. Prudence is the ability to determine whether or not a particular action is a good (or appropriate) idea at that specific point in time. It’s considered to be one of the four cardinal virtues, derived originally from Plato’s Republic.

Prudence also refers to a situation in which you have the strength to do something, but choose not to. Or, when you could do something that’s self-indulgent in the moment, but choose to err on the side of better judgment for later.

An example of this would be refraining from spending money on games and junk food because you need to save enough to cover your portion of the rent and bills. You may spend a bit on a small indulgence, but choose responsibility over temporary amusement or gratification.

Although most people interpret temperance as being abstinence from something, what it actually means is moderation.

Having temperance means finding the middle path, and balancing the self in the face of any situation. It encompasses self-discipline and self-awareness. After all, you have to know your own abilities as well as your own limits in order to find the moderate zone between them.

For example, embodying a sense of diplomacy as a moderator means finding that magical middle ground between expressing what you need to say, with the needs and views of others around you.

In other people, temperance might mean accepting a small drink when toasting with others, but refraining from drinking to inebriation. Or thoroughly enjoying a slice of cake without overindulging.

When you are balanced and measured in your approaches to everything, you can experience and understand all without being overwhelmed by it.

Good people often show courage. Courage isn’t the absence of fear, but rather the ability to take action even though you feel afraid. It is knowing that there is a difficult, potentially dangerous task ahead of you, but doing it because you know it needs to be done.

This one goes along with several of the other qualities listed here. For example, it often takes courage to act with integrity.

Courage can take many forms, from trying a new, challenging exercise to standing up to an intimidating person, or facing something that scares you.

The first level of courage is doing something even though it terrifies you.

The last level is being a calm, inspirational force to others, while feeling the same fear that they’re experiencing.

For example, a high-ranking officer in a WWI trench was a bastion of calm and confidence, while the troops around him were quaking with fear. A young Private asked him how he was so calm, and the officer replied that he had to be in order to keep morale up. Additionally, he knew that the soldiers on the other side were also afraid, and that was oddly reassuring to him.

Being compassionate isn’t just about understanding someone else’s pain. It’s also the desire to help alleviate it. One can look at a person and see that they’re suffering (sympathy) and then walk on by. But when we want to do what we can to help, then that’s compassion in action.

Ultimately, the basic element of compassion is kindness. We want to give of our own abilities to help another being who may be suffering. We can have compassion for people, animals, trees, rivers… anything that seems to be in distress that we can help to lessen.

The greatest mastery of compassion is when the one you’re trying to help is hurting you, and yet you’re still offering them assistance in a loving, gentle way. An adult may rail against you, or the hurt animal may bite you, but you still try to help.

Compassion means that you understand another’s pain without compounding it, offering what the other needs, and giving of yourself, regardless of the outcome.

We always have something that we can share or give to those around us. This doesn’t have to be monetary wealth or physical objects, either. People who don’t have a lot of money can still be immensely generous with their time, for example. They can volunteer with the elderly or doing charity work. Or they can teach their skills to others who would like to learn from them.

Being generous means that you’re giving with the heart, without any schemes to receive anything in return, or control those you are being generous with. These are gifts freely given, not because you think you’ll benefit in turn.

Quite often, those who have the least are the most generous toward others, because they know what it’s like to have nothing. They have the biggest hearts, and tend to be the most willing to help others in need.

13 rules every classy woman follows to elevate her life 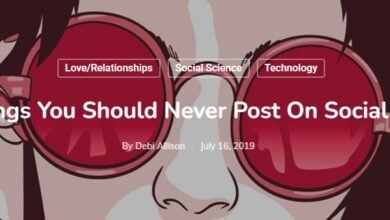 12 rules every successful woman lives by (and never compromises on)