Once upon a time, there was a girl who heard from all her relatives that her father was a loving and kind husband, father, son and friend, who died young under tragic circumstances. She grew up adoring this absent father.

During her teenage years, the girl learned the police had killed her father in an encounter. That he was a murderer who tried to escape from jail during his trial. What was the truth, she wondered: was her father the good person of the stories she heard as a child, or was he the criminal as per all newspaper reports?

Then, as an adult, she learned from various activists and politicians of the dominance of certain privileged communities who controlled the state police and legal apparatus, who branded those who spoke up against the system as criminals, and shot them if they did not submit. Suddenly, the girl realised her father was a revolutionary, a misunderstood hero, who sought the betterment of society and was crushed by evil forces.

What is the truth? The family memory, or the newspaper report, or the narrative of the activist or politician?

Who decides what is truth?

Academicians and journalists typically have strong views on what is truth, who should be victims, and so are shocked when the electoral process unfolds a worldview quite contrary to their own. As words like post-truth and alternative-facts emerge after the US presidential elections, truth has clearly become a territory. And it is evident the world is being divided into two groups, each one accusing the other of propagating falsehood, or should we say myth-making. Underlying this accusation is the rather contentious word, truth.
In my work as a mythologist, the idea of truth has always fascinated me. For this word is a religious concept, not a scientific one. In science, there is no truth, there are only measurable and verifiable objective facts that inform knowledge. Facts are always located outside the human mind, untainted by human perception, hence the value placed on measuring instruments and the disdain for subjectivity. As more facts are gathered, knowledge expands. And since the universe is infinite, a good scientist knows that all knowledge is incomplete, valid only in a certain frame of reference, and based on certain assumptions. In fact, new facts can render old facts, and old knowledge, invalid. We are constantly learning.

The words “knowledge” and “truth” are used interchangeably. But knowledge is fluid and truth is seen as fixed. Initially, the source of truth was the mother who gave birth and nurtured the child. Then it was the alpha male who provided for the family. Then the leader behind whom the tribe rallied itself to ensure survival, then the shaman whose visions located truth outside humanity in something supernatural. The shaman became the priest who legitimised the king’s rule, by making him the representative of the supernatural on earth. But then came the philosopher, who rejected the mystical visions, and the supernatural, and saw reason as the source of all understanding.

The scientist eventually replaced the philosopher. Scientists gave greater value to measurable facts than rationality, for clever people can rationalise anything. Facts work well in the realm of material sciences, but not in the realm of social sciences (politics, economics), which is why social sciences are no longer referred to as sciences but as the humanities. Today, technocrats are replacing the scientist. We are being told that artificial intelligence will solve our problems, as a machine is far more objective than any human can be. The politician, activist, priest, shaman is fighting back.

How did truth become singular?

The idea of truth as something singular and definitive can be traced to Middle Eastern tribes, and to urbanisation in Egypt and Mesopotamia. As multiple tribes with multiple gods and multiple customs sought shelter in crowded cities, the most efficient way to regulate them was with one law coming from one god. To make this happen, the chief god of a tribe taking shelter had to submit to the chief god of the tribe who controlled the city. Thus in early cities, while every clan or tribe or community or group had their own god, there was a main dominant alpha city god. Later, to avoid quarrels, only one god was allowed to exist, and his customs and beliefs were allowed to prevail. Thus polytheism gave way to monotheism, to create an efficient society.

Secular societies may have abandoned god but not truth. To create efficient urban spaces, secular societies see the value of getting everyone to align to one truth. This truth is not supernatural — it is of people, by people, for people. It is democratic and common truth.

But what if different people want different things in the same city?
This is most obvious in Singapore, which though controlled by the dominant Chinese community, plays down Confucian culture behind the steel-glass faÃ§ade of financial secularism. People are expected to merge into the system, abandoning individuality, focussing on stability and efficiency, like bees in a beehive collecting honey, restricting all cultural activities to carefully regulated spaces. But Confucian secularism, which works so well in the financial world, is being threatened by Christian radicalism that encroaches into the private world. Though highly westernised and developed, Singapore is uncomfortable with LGBTQ rights, as Jesus allegedly forbids it. Of course, this is not presented as religious dogma, it is marketed as traditional cultural values.
When truth becomes singular and definitive, truth invariably becomes territory — a battlefield. The warriors here are not just religious radicals, but also politicians fighting to make India or America or Britain great again, and of course, academicians and activists and journalists, armed with facts.

Why can’t truth be plural?

In the last few years, diversity has reared its ugly head. The doctrine of equality is increasingly seen as malevolently homogenising. We want everyone to move from a developing economy to a developed economy: we want Mumbai to be Shanghai, and Shanghai to be New York. But when an aboriginal tribe resists this idea and points to its grotesque nature, we wonder: can there be development without cutting down those trees of that sacred mountain, or mining those hills where ancestors reside, or polluting the river which is the goddess? Whose view should prevail? Surely there is one truth. Or is there?
Take the case of Islam. Does Islam mean the religion of submission, or the religion of peace? Can submission lead to peace? Of course, it can. It does. Can the two meanings co-exist? Of course, they can. But what motivates people to choose one translation over the other. It is often politics. For embedded in meaning is power. The word “submission” carries the connotation of Islam as a dominating religion. The word “peace” grants Islam nobility. Whose view should matter, the insiders or the outsiders? Can there be an objective academic view of religion that is purely ontological (devoid of subjectivity)?

Take the case of Hinduism and India. A large number of scholars, often seeking grants from European and American universities, and validation from Western institutions, write tomes informing us that Hinduism and India did not exist before the modern era, and that these are unifying constructions of colonial and post-colonial forces. This confuses the average Hindu who has spent all his life performing the ancient sankalpa ritual before any ceremony, which continuously refers to ancient India as Jambudvipa, Bharata, and Aryavarta. Surely, the idea of India predates colonialism. But when they speak up and share the transmitted cultural memory they are contemptuously silenced as upper caste Hindu supremacists.

Why can’t the two views coexist?

Take the word mythology. In the 19th century, European Orientalists used it to mean false faiths. They used the word to describe polytheistic faiths (Greek, Roman) to distinguish them from monotheistic faiths (Christianity, especially).
Mythology was defined as falsehood, monotheism was equated with religion and study of God (singular and definitive) became theology, distinguishing it from mythology.

In the 20th century, as rationality made atheism the dominant discourse, religions were put on the backfoot with monotheism, religion and theology also being classified as mythology, which is now defined as subjective truth of a community expressed through stories, symbols and rituals.

However, by this definition, in the 21st century, even ideology — the faith of atheists, born of reason, materialism and measurement — is just another mythology, without god.

This is problematic. We cannot accept that justice and equality and human rights are just human assumptions, at best aspirations, hardly real or rational, that manifest only when believed in, like any god or goddess. As realisation dawns, the rationalist, the secularist, the atheist — ever eager to give up gods — stakes a claim to the truth, and finds himself contending with traditionalists, supremacists, scientists and shamans.

Hindu ideas challenge all conventional dominant notions of justice and equality, confounding the Western scholar, who takes refuge in reducing Hinduism to casteism, feudalism and Brahminism.

The thought that distinguishes Indian philosophy is the idea of infinity (ananta). Infinite space, infinite time, infinite matter, infinite forms. The world is infinite. Infinite things constitute it. It goes through infinite transformations. It is perceived by infinite beings. Each being can perceive it in potentially infinite ways. So truth is infinite. And because truth is infinite it cannot be fixed, made singular or definitive. It always exists in context.

This framework can accommodate multiple truths and so Hinduism can be simultaneously polytheistic, monotheistic and atheistic. It is what makes Hinduism so difficult to define.

So while in English the words “satya” and “mithya” were translated as “truth” and “falsehood” using a 19th century understanding, today we realise that the more appropriate meanings for these words would be “limitless” and “limited truths”. One who has access to limitless truth is bhagavan, a title given to the Buddha, to the great tirthankaras of the Jain faith, and to god in the Hindu faith.

This paradigm is excluded from global conversations, and is dismissed as exotic by Western discourse that seeks centre stage as well as complete territorial control on what truth should be. Yet, it offers a way out from the combative and confrontational nature of world politics today.

It allows for mutual respect for alternate truths, and alternate facts, that is held in contempt by intellectuals today. Different people do see the world differently today, and that is okay.

The same Quran can be read differently in different parts of the world, and Wahhabism is just one form of Islam that seeks to dominate. And simply because it seeks to dominate does not make it valid or invalid. It needs to exist in relationship with other views on Islam. Just as casteist Hinduism will always exist but will be contained by other forms of Hinduism that are agnostic about caste. Confucian secularism must coexist with radical Christianity if Singapore has to thrive. It is not about either/or in the new world order. It is about and. If we want to believe in a diverse world, we have to make room for diversity, and diverse views. Keeping alternate views out of universities, or gagging them in press, is certainly not the way forward.

How to Change Anyone's Mind Without Persuading Them

Redefining Work for New Value: The Next Opportunity 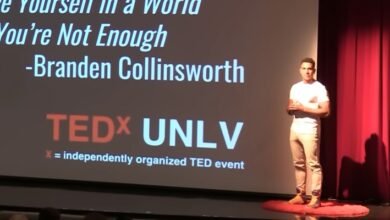 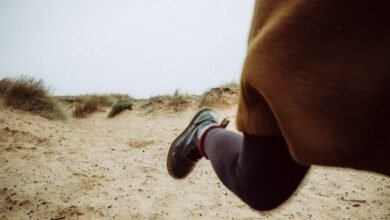 7 ways to slow down in a fast-paced world