DWQA Questions › Category: The Debate › Is a Corporate Employee akin to a workman under the Labour Laws ?
0 Vote Up Vote Down 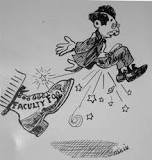 In a blow to the booming software industry, a Chennai court has quashed the dismissal of a software engineerand ordered HCL to reinstate him with full salary, back wages and seniority on the ground that software engineers are workmen enjoying statutory protections.

The case relates to an application filled by K Ramesha, who worked as a senior service programmer for HCL Technologies Limited.

Trouble began on January 22, 2013 when his services were terminated. The reason: His performance was not satisfactory and he had not shown any improvement despite counselling.Ramesha questioned his removal, and his counsel argued that no explanation had been called by the company, no charge memo had been given and no enquiry had been conducted before the termination order was issued.

HCL argued that the labour court had no jurisdiction to entertain the application at all, as Ramesha was not a workman. He had been exempted from the definition of the term “workman,” it said.

Rejecting the company’s objections, the judge said the software engineer was indeed a workman. According to the Industrial Disputes Act, “workman” means any person employed in any industry doing any manual unskilled, skilled, technical, operational, clerical, or supervisory work, for hire or reward, whether the terms of employment be express or implied.

Do you think that henceforth all Corporate Organisations will be constrained when it comes to terminating Employees without following the due process of Principles of Natural Justice & it will bring fairness into the system and protect the rights of employees ?

Newsletter
Back to top button
Close
Advertisement
Close
Log In