Source | LinkedIn : By David B. Grinberg

Small children have big dreams. As a kid I wanted to be everything from a NASA astronaut to a Major League Baseball star.

Yet as most people age and mature their dreams tend to evaporate and morph into something more practical and attainable. But impractical does not mean impossible. That is, if you’re really willing to work for it and go the extra miles. The future is now, as they say.

It’s no secret that building a strong work ethic at a young age helps lay the foundation for short and long-term career success.

For example, while I was fortunate to land my “dream jobs” in Congress and the White House while still in my early 20s, there was a lot of grunt work that preceded reaching these lofty goals.

In high school, for example, I worked as a pizza delivery guy after receiving my driver’s license. Prior to that, I unloaded inventory from 18-wheeler trucks one summer in 90 degree heat with no air conditioning. I also worked in retail handling inventory in a department store stockroom and laying it out on the sales floor.

Then, in college, I worked at the student newspaper and completed multiple internships in the public and private sectors – all while balancing a full course load. I was young, ambitious and simply refused to take “no” for an answer.

The point here is that early career success is earned in incremental steps starting from the bottom up.

As a Gen Xer, I want to share some professional advice for all the teens and 20-somethings out there pondering their dream jobs, preparing to embark on new career paths, or just trying to climb the corporate ladder at a young age.

Millennials and Gen Z represent a new generation of leaders who will profoundly impact the future of work.

It’s important to recognize that Millennials (also known as Gen Y) are over 80 million strong and growing. They are entering the workforce at increasing rates and now comprise the largest age-based demographic. Their foothold as future leaders will only continue to solidify as older generations, like Baby Boomers, retire at greater frequency.

Moreover, let’s not forget about the up-and-coming Generation Z.  Even though most of these youngsters are still in grade school right now, some nonetheless harbor high ambitions and career aspirations during a new century of innovation.

For example, some of today’s talented young people are not just dreaming of becoming NASA astronauts, but actively working toward their goal of venturing to Mars on a future manned mission. An impressive young woman known as “Astronaut Abby” is a case in point. Check her out here on LinkedIn to see what I mean about a new generation of leadership

These two generations were born into the Digital Age. They can’t comprehend of a world without smart devices which allow them to leverage mobile, digital and virtual technology at their fingertips. This has serious consequences for the workplace, flexible work and the elusive work-life balance.

Why do we fear public speaking? | Dave Guin

How To Make A Better Business Case For Diversity 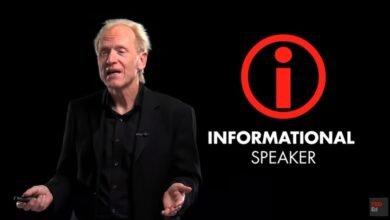