In the earliest days of the new scooter-sharing wave, when a company called Bird, run by Uber veterans, showed up in southern California, working in the industry felt a bit like stumbling into the OK Corral. High school students scrapped for the chance to charge or fix scooters for between $10 and $20 a pop. “Mechanics” broke handlebars and wheels so they would be paid to patch them up. “Chargers” hid scooters in their garages until their owners ratcheted up the bounties awarded to catch the strays—then cashed in.

Now the startup Spin is taking a different approach to scooter operations, at least in Los Angeles: Instead of contract workers, it’s hiring employees to collect, charge, fix, and redeploy its scooters every day. Those who work more than 30 hours a week are entitled to full benefits: paid time off, health and dental insurance, and commuter benefits. They’ll get a W-2 form come tax season. If the experiment works in LA, where the company has hired 45 people so far, Spin says it expects to hire more workers in other markets as well. It now operates in 12 cities and on eight college campuses in the US. In November, Ford acquired the company for a reported $100 million.
Click here to read the full article
Source
www.wired.com
Tags
Crowded market Ditching Economy Employment Evolution Experimentiong Explosion Gig economy Gig workers Independent Mechanics Real employees Scooter operations Scooter Startups Scooter-sharing wave Spin Transitioning

Are you highlighting your accomplishments without bragging? 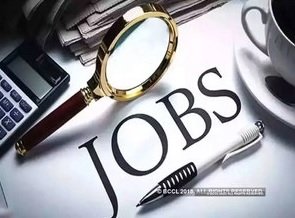