MUMBAI: The Reserve Bank of India will have more room to cut interest rates if the central bank gains confidence in reaching its 5 per cent target for consumer inflation by March 2017, said governor Raghuram Rajan on Wednesday.

Rajan, in an interview with a television channel, called the current repo rate of 6.50 per cent “appropriate” and added the central bank has used up all its “space available” to cut interest rates, pinning further easing on inflation.

“If we get confident of achieving 5 percent inflation target by March 2017 then we will get more space to cut,” Rajan said in an interview conducted in Hindi.
The RBI left the repo rate unchanged on Tuesday after stronger-than-expected inflation data in April. India will next report monthly consumer prices data on Friday.
In a separate interview with another channel, Rajan said he had never had “a serious disagreement” with finance minister Arun Jaitley as he sought to dispel speculation about potential disagreements between the finance ministry and the RBI. 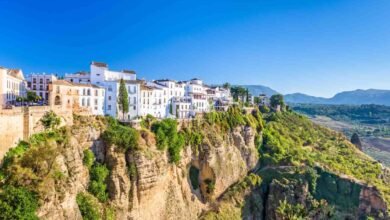 How to Make Your Airbnb Become Your Secondary Income