By the time you reach 50, you have amassed half a century worth of experience, skill, maturity and wisdom. With a mind rife with agility, a body not old yet, intelligence that has only sharpened with the blade of experience and pressing responsibilities, now a thing of the past; you have a perfect brew for starting afresh.

In ‘Managing Middlescence,’ (Harvard Business Review, March 2006) authors Robert Morison, Tamara J Erickson and Ken Dychtwald observe that “Like adolescence, middlescence can be a time of frustration, confusion, and alienation.” It’s the time when midcareer men and women start, “looking for ways to balance job responsibilities, family, and leisure while hoping to find new meaning in their work.”

Every once in a while, when you start realizing that you have had enough of the world caving on Image by Myriam Zilles from Pixabayyou, enough of others pointing out your mistakes, enough of responsibilities that almost drown you and enough of living for others.

You hope to break free from this cruel world and live life as it occurs to you in a world, where you gaze at the open skies and enjoy the refreshing breeze, witness the sun shining on your face and soak yourself in the pouring rain. You feel like putting your foot down, shutting yourself from the concrete jungle, and escaping into the unknown, where every turn brings on an adventure and every mile leaves behind an unforgettable memory.

But Second Innings is no longer a thought that occurs to the middlescence, even youngsters early in their careers nurture a dream of pursuing their dreams & passion. No wonder we see the rise of so many startups. Bill Gates, Steve Jobs,our own Sanjay & Binny Bansal & others have shown the way that an entrepreneurial route is worth pursuing.

Most successful Executives contemplate an early Second Innings but are plagued by the frog syndrome – low appetite for risk, fear of failure, an acute fear of the unknown, bogged down by financial and familial over-commitments; unwilling to jettison the comfort and security of a known life, even though he feels trapped in highly dissatisfying life situation. So like the frog in the boiling water, they, grudgingly allow themselves to perish.

Second innings are always evolutionary, because, as Harry Levinson suggests in Your Next Move–How to Make a Successful Career Change (HBR, May 2015) “Second choices stem from (deep-buried) wishes and interests that has been subdued or lie dormant and abandoned.” The trick is to identify, acknowledge, mine and unearth these latent wishes, interests, abilities and passions and see if there is some amber in the coals with which you can start a new fire.

Imagine feeling trapped in an unsatisfying existence. You are wasting your precious time doing things that you really don’t want to be doing and being afraid to express yourself, with fear of trodding on the superiors. Having fun on the weekends then dreading the upcoming week, few moments of satisfaction drowned out by a constant grind of work that doesn’t fulfill you. “Oh GOD it’s a Monday!”

Working life often provides an opportunity for a second innings. Whether you need one would depend on how well your work is aligned with your priorities. For many, the current work life brings great fulfillment, while for others there is far more to life than being successful at work. Life-transition values are often an outcome of recent life experience that direct an executive to identify new, more pragmatic goals for themselves.

Fueled by increased life expectancy, health consciousness and the prospect of greater financial security, the elderly are now embracing what they call, their second innings. And the world is now seeing them as a resource that can be tapped. But we need more of this knowledgeable expert resource to help build long-term prosperity. Most don’t know where to start though.

There are plenty of talented people who never make a choice to do something different, to reinvent themselves, and to pursue their dreams. It’s hard to work up the guts to try something new. Nobody wants to feel stupid and start from the beginning all over again.

But talent isn’t worth a thing without the willingness to take action. It’s great to have a dream, but it’s better to pursue it. Reinventing yourself and developing a new skill is hard work. Transitioning from corporate to proud entrepreneur is hard work.

So far, the match was being played on home ground under known conditions. So you knew the environment well and got adjusted to it. But now you are in unfamiliar conditions and there is a pressure to match up to your 1st Innings. There is the huge Damocles sword above you – the Fear of Failure. Navjot Singh Sidhu said that Courage is “not the absence of fear but the conquest of fear”.

The key to success in 2nd Innings is how to adapt yourself to the new conditions and overcome the Fear of Failure.

The path to doing work you love might not look the way you expected, but it can still get you to where you want to go — if you make the choice to try something new.

It’s never too late to reinvent yourself. 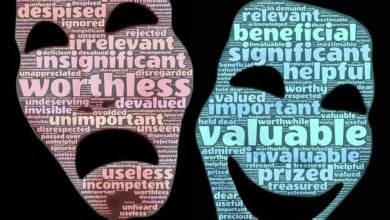 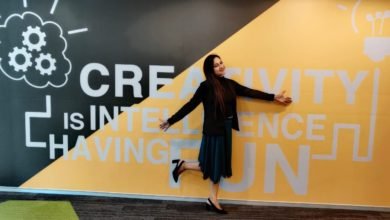 What do you do when you want to do everything?

HE Talks : Second Innings – Redeeming Yourself by Abhijit Bhaduri