The story of the Indian IT services industry started with Jack Welch’s visit to India in the late 80s, gained momentum with the Y2K problem, and not running into tough weathers, courtesy US President Trump. The latest dictum that puts a severe cap on the H1-B Visas has come as a shock to the core of the Indian IT Services industry which has, for long, been buoyant on a weaker rupee and access to low-cost labor. This access has resulted into a well-oiled machine where talent is shipped to the west where it displaces the local talent and gets the work done at a reasonably low cost. The game of ‘cost arbitrage’ hasn’t really pushed the industry as a whole to look anywhere but to its hiring and training engine, and that’s why campuses of most large IT firms look much like university campuses. This trajectory has served the industry and its stakeholder for far too long now, and here’s the much-needed correction happening.

The peril of the hitherto easy money has been that no one in the industry was tested with the best of the talent in the west, hence, a marginally superior resource (is indeed the industry jargon) gets to travel to and work abroad. According to some estimates, Indian has remained one of the biggest beneficiaries of the US visa system. However, most of the talent shipped abroad has been consumed into developing and maintaining software for the large US firms, and little has gone into creating new products or services. If the Indians were to operate at the same cost as that of the native Americans in the respective industries, it would be anybody’s guess as to how many would still survive the competition. With a systematic cap on how many Indians can earn in the US at a low wage, there are two long-term impacts on the Indian IT services industry. One impact is that of diversification of business from the US to other countries, and from low-end jobs to high-end consultative services, and secondly, the greater investment on creating better quality of talent and products. The article focuses on the second aspect.

In the Indian IT Services industry, the mainstay has always remained the services, and, that too, mostly product implementation and support services. Notwithstanding the efforts of firms like Infosys and Cognizant in creating a consulting outfit, the results remain discouraging, and same has been the case with product or IP-led services creation. The story of consulting is hammered by the dominance of the Big Five and the niche consultants on the technology and process space, and then the dimension of the product hasn’t picked up, owing to the lack of incentives and organizational alignment. Talking about incentives or lack of those, the lure of immediate billing rates has always pushed the biggies away from investing into products that are not only risk but also yield rewards only after sufficient investments. Infosys’ Finacle remains an odd example, but its contribution is a mere 3 percent to the firm’s size, and remains limited in its adoption to the developing markets. In fact, most products are sold as freebies or bundled under a large services contract. The organizational culture, nature of talent, and hiring engine offer no avail either.

The disincentive that Mr. Trump has introduced is that Indian firms can’t any longer ship the above-average across. Higher minimum wages now mean that the best from India has to compete with the best from the US, and that’s how the performance would improve, albeit with time. The investment might then happen on generating more intellectual property driven services and products, and premium positioning. This move would call for investments to be diverted away from adding more mass to adding sharpness and pruning the talent base.

I thank Tump for once at least for giving this much-required nudge to the industry. I believe that this ensues a healthy correction.

To read more, check out Moolya.

Pavan Soni is an innovation evangelist by profession and a teacher by passion. He has consulted for dozens of organisations including Café Coffee Day, Capgemini, GlaxoSmithKline, Infosys, Mahindra, Marico, Tata Steel, Thermax, Titan, and Wipro. He also collaborated with the Karnataka Knowledge Commission, CII, and European Business Group. Currently, Pavan is pursuing his PhD from IIM Bangalore.

Defence pay hike from May 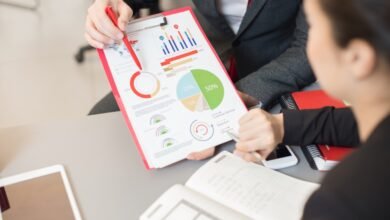 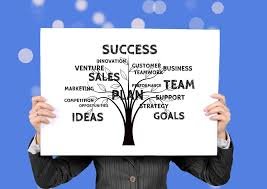