When Ray Anderson, former CEO of the carpet company Interface, realized that his company needed to lead the charge on sustainability, he didn’t just plan an initiative and put it into action. He told a story.

Anderson explained to employees that they’d need to climb a mountain “taller than Everest.” That may sound dramatic or even trite, but it tapped into something that’s been with humans before we invented written language: our passion for hearing stories about heroic quests.

You may have zoned out through most of Beowulf in high school, but the fact is that the heroic quest is one of the most dramatic and powerful forms a story can take. Leaders who understand its basic structure can use it to show—not just tell—their teams exactly where they’re heading and how to get there together.

STORIES FOR THE ROAD AHEAD

We already know how crucial storytelling is in business, especially forbranding, PR, and marketing. Stories can improve understanding, make ideas more accessible, and make us feel emotions that compel us to action. But storytelling can also help us conceptualize the future. In leaders’ hands, great stories can help guide teams through long-term changes.

Often people use stories to make sense of things after they’ve happened—like that time your team pulled together in record time—in order to boost morale when faced with similar challenges. But great leaders also use stories to give shape to things without any precedent and explain how to achieve them.

They see their companies’ journeys as grand stories, with their teams playing an active role in the narrative. Just as a narrator guides readers through a novel, offering enough information to understand what’s happening and stay interested, a good leader serves as a torchbearer, lighting the way for a group of people and keeping them moving toward a common goal.

This isn’t a new concept. Some 60 years ago, sociologist Erving Goffman asserted that humans are wired to act out stories in our daily lives. Through a phenomenon he called “impression management,” we often assume the role of actors who engage in “performances” for particular “audiences” in order to shape others’ perceptions of a situation and of ourselves.

In those instances, we’re basically narrating a story as we’d like others to see it. But that story may be more than just a theoretical construct in our own minds; it may in fact be unfolding right in front of us. And the heroic quest provides an ideal template: In it, a likeable hero answers the call to adventure, overcomes obstacles that test his resolve, and finally gains the object of his desire in triumph (or falls short in tragedy).

Leadership Is About Emotion 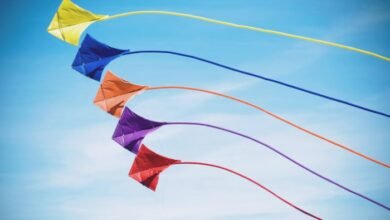