The world has seen several business cycles, economic ups and downs. In the throes of each of these cycles, the inevitable question is always asked – “should investment in development be part of the things we cut in order to optimize costs and conserve cash?”

Over the years, more and more businesses have begun to take a rather long-term and wise view about such developmental investments.

However, the current pandemic seems quite different. The situation is far from stable and the decision making process is also far from simplistic. The fact that the Indian economy has contracted by over 23% in Q1 says it all.

I spoke to a cross section of thought leaders, consultants and business and HR leaders within organisations and asked them why developmental spends across most organisations seem to have come to a grinding halt? Why were even those organisations which traditionally took a long-term visionary view to such investments, cutting back quite significantly?

On one side are the philosophical orientations of organisations in terms of commitment to development and a track record of having taken a wise and long-term view to development on previous occasions. These are the driving forces.

On the other side are the hard business realities where businesses are battling serious crisis and are fighting to stay afloat and conserve cash. These are the restraining forces.

My own research tells me that the situation this time around is quite different. My first and rather unfortunate conclusion is that business realities beat philosophy, at least this far.

It appears that even organisations with a very strong commitment to development are struggling in the face of hard business realities and are cutting back on their usual development spends.

Conversations with business leaders reveal that many of the businesses which have been deeply impacted and are staring at unprecedented Q1 losses and grim prospects for most of the year have had to take many harsh decisions and actions to conserve cash. They have had to lay off employees, implement a variety of pay cut programs in addition to stopping promotions and implementing other measures to conserve cash.

Of course I did find exceptions to this rule. I found organisations avoiding pay cuts and resisting layoffs.

The flexible staffing program implemented by many organisations does not seem adequate. There is a need to go beyond this and look at the permanent workforce. Why this was the case and what struggles they are going through to get the flexible workforce back is an entirely different subject.

Then, there are organisations that may or may not have been impacted deeply by the pandemic but may be using the opportunity to implement some of the long pending rationalization measures like rationalization of structures, roles, layers, changing promotion policies or just shedding excess staff.

Clearly the view of those looking at organisations form the outside is quite different from the views of those actually running organisations and understandably so. Let me say, they are operating from their respective logic bubbles and both appear very valid. (A logic-bubble, according to de Bono, is that bubble of perception within which a person is acting. When one person’s perspectives are different from the other, it does not mean they are wrong. It could be that their perspectives are as well-founded as the other’s when considered within their particular logic-bubbles.)

Those viewing the situation from outside seem to take the view that Pay and Staffing is a matter of economics whereas, development is a matter of investing for the long-term. Their view is that it would be unwise to halt real developmental investments because this is the time when leaders and managers and employees need the most support to succeed.

Those from within maintain that they are implementing pay cuts, are shedding jobs, are looking at every small opportunity to conserve cash all across and in this context, spending on high profile development programs just does not look and feel right. Some of them also maintain that they have opened up a plethora of online courses and resources and employees are free to access and use them. The belief is that these resources are an immediate substitute to the erstwhile development.

The real nature of development

Having explored the current pandemic and its impact on business and development from a few vantage points, it is now time for us to understand and define the nature of developmental investments that really matter. Unless we do that, we will not be in a position to determine if such investments can be deferred or are needed now.

Today, the situation is so complex, so challenging and so uncertain that more and more in the world of business are experiencing this reality of imbalance on a daily basis.

While everyone is battling the physical threats of covid – 19 on a daily basis, they are battling an even more serious threat every single day. That threat has to do with the huge mismatch between the demands placed on them to perform against all odd and the resources at their disposal to deliver such results.

More and more experts are seeing an unprecedented mental health crisis looming large among people young and old given the challenges of living; leave alone the challenges of working. With no vaccine or cure in sight, employees are facing huge uncertainties in their personal lives. Add to this the business uncertainties and add to that the demands placed on them.

If organisations wish to secure break-through results in such a context, it is my view that they will need to embrace an entirely new and fresh approach to leadership and people management.

Leaders and managers who are themselves battling their personal challenges and uncertainties will need help and guidance to learn and embrace a new way of managing their teams – a way that is built on a humanistic foundation.

Given the current situation, I see six critical imperatives for leaders and managers to manage their teams in the days to come:

Against this backdrop, it is my view that developmental investments in the current context need to go beyond form and fancy. They need not be expensive long-term programs based on complex competency frameworks. We do not need more assessment and development centre results to tell managers and leaders what ails them.

If we believe that the world has been disrupted and altered in an almost irreversible manner and the way we live has also begun to change, it is but natural that the way we manage and lead has to change. That is where developmental investments need to be made.

Now, it will call for more than wisdom to make those decisions. It will call for the courage to swim against the tide of common opinions to make the decision to invest in empowering managers and leaders so that they and their teams can embrace the emerging new world, in an all new way! 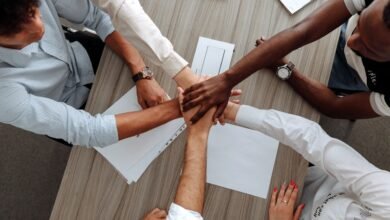 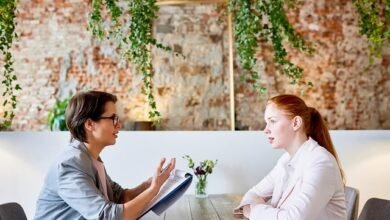 4 Ways to Respond to the Question “Why Should We Hire You?” 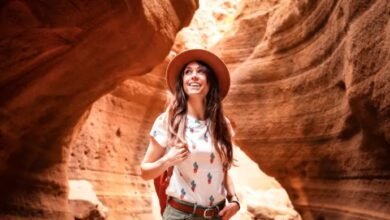