There is an explosion of literature on business successes and leadership. The styles of Steve Jobs, Jack Welch and other heavyweight corporate honchos have been analyzed threadbare and do not constitute my subject here.

My focus here is on the leaders we normally come across in our daily lives. They could include our direct seniors ( I dislike the word “boss” which according to the Merriam-Webster dictionary available on-line means ” a protuberant part of body”), a service provider or even a high performing junior.

My universe is restricted to the world of business. This piece is based on my interactions with hundreds of management professionals from corporations operating across India. They include multinationals, domestic companies, PSUs and a few start-ups for good measure. My idea of a successful leader, in this context, is basically the ability of the person to carry his team well. Such leaders are distinguished by the emotional impact they have on their people as they go about doing their tasks. All of them enjoy tremendous goodwill from their subordinates (current as well as former) and associates.

I have not come across a single business leader who satisfied the above condition but did not deliver business results. The idea that you can fool around, earn cheap popularity without providing results does not exist in the corporate set up with clear financial goals.

In my over two decade long career I would immediately remember Mr. S K Jain of Bhilai Steel (current ED-Works, Bhilai), Mr. E J Kalwachia of Godrej (President, Godrej & Boyce), Mr. K R Kim (ex-MD, LG Electronics), Mr. M. H. Lee (ex- Dy. MD) of LG and Mr. Atul Kulshrestha, Founder Chairman of Extramarks as exceptional professionals. Barring Mr. Kim, I had the opportunity of working with all of them as a direct sub-ordinate. They contributed to my evolution as a professional and were inspiring influences in different ways. All of them rose high up on the corporate ladder in their respective organizations. My analysis however includes many others whose names could not be mentioned due to the limited space available. My apologies to them.

Here are the traits which have run through most of them like a common thread. The correlation between them and their success may not be always apparent at first glance.

I am a Recruiter - I build organization 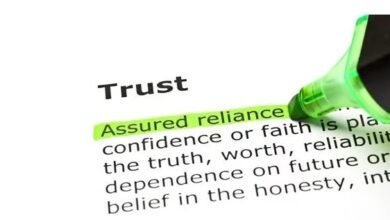 No Leader Is Always Right. Is That OK? 10 Ways To Gain Respect As A Young Leader