What is the current situation in the global energy sector and what role does liquefied natural gas (LNG) play in securing the world’s future energy market? Is there a global crisis in the energy sector? These are some of the questions that CNBC-TV18’s Shereen Bhan put to Joe Sigelman, chairman & CEO of AG&P Group, at Davos 2022. Joe is a renowned investor, business leader, and opinion shaper in not only the LNG sector but also the global energy sector as a whole.

Is the World in an Energy Crisis?

There is a general feeling in the global energy sector that we’re in an energy crisis. Supply and demand dynamics don’t seem to favor the consumer, with the average cost of LNG now at $35 per MMBtu. Joe, however, thinks of the situation as a case of things “getting worse before they start to get better”. In his view, the energy industry is at a revolutionary point in terms of infrastructure. There is an infrastructural gap in the sector, which has been hindering the optimal exploitation of the huge amount of gas in the world right now. Joe believes that the gap will be filled once players in the sector figure out technical solutions and expedite the development of the necessary infrastructure, particularly with regard to LNG terminals and pipeline networks. He exuded confidence in the mobility of security that LNG provides, noting that countries around the world have to rely on LNG as a transition fuel as they move away from dirtier alternatives.

Will there be further escalation as far as LNG prices are concerned? Joe Sigelman was quick to dismiss that possibility. His advice for players in the industry is to overlook the high prices now because they are very short-term. The full potential of LNG is yet to be realized. Joe alluded to the likelihood of Qatar growing its LNG capacity by 2025 by 50% and the US pumping an extra 50 million tons of LNG into the global market in coming years. New market entrants such as Australia, in Joe’s opinion, will cause forward market curves in the next two years.

The energy transition is on across different geographies around the world. Everyone wants to minimize their carbon footprint and protect the world from an eminent shutdown. LNG is at the heart of this transition because of its efficacy and low carbon, nitrogen, and sulfur emissions. For this reason, Joe believes that there will be a balance between supply and demand for many years to come. There are enough natural gas reserves to see the world through the transition. Joe argued that LNG will provide renewable energy sources with the stability they need during the transition because, on top of being the clewanest fossil fuel, it is also less costly than the alternatives.

Renewable energy sources are great alternatives to fossil fuels. But are they better than LNG? Joe holds the opinion that all fuels have their downsides and necessitate some level of compromise. He gave examples of hydropower that’s vulnerable to droughts, noisy wind power, and solar generation that takes up large tracks of arable land. LNG also has its downsides that can only be minimized with the right optimization around pollution issues.

LNG serves homes, industries, and commercial establishments. Its importance cannot be overlooked even as the world moves to renewables. In India, for example, AG&P supplies about eight percent of the country with LNG. The company launches at least 2 new CNG stations every week and builds at least 12 kilometers of new pipelines every day. Joe revealed that the plan is to connect 1000 new homes to LNG every day in 2022. They will then switch things up by connecting 3000 homes every day in 2023. The company is showing the rest of the energy sector that it is possible to clean up the environment fast and effectively using LNG.

AG&P has big plans in terms of building and developing LNG terminals and gas networks across India’s major cities. This is happening in other countries too, e.g. the company has a new terminal and a downstream network opening up in the Philippines in a few months’ time. AG&P’s commitment to providing India, Europe, Southeast Asia, and Africa with clean, less expensive LNG.

What is happening with the energy market, and which are some of the best solutions for people and the environment, are two of the topics that should be considered when it comes to the energy crisis. As mentioned before, Joe suggests that professionals in the energy sector should work to find technical solutions and develop further the infrastructure of LNG terminals and pipeline networks. Considering LNG for homes and industries could be one of the safest solutions to this crisis. 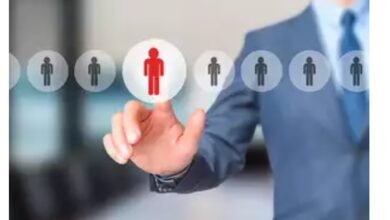 CXOs in demand in non-tech sector despite headwinds 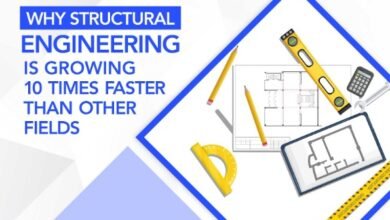 Why Structural Engineering Is Growing 10 Times Faster Than Other Fields 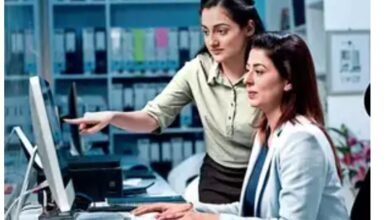