Amidst all the news and views around corporate governance and succession planning at one of India’s favorite startups, one mustn’t forget the good Vishal Sikka did to Infosys and to the larger Indian business ecosystem. When assessing an individual or even a situation, it is important to dissociate the good from the not-so-good, and look at things in perspective. I happen to study Infosys from close quarters as a part of my PhD thesis, and leant about a good set of interventions that the former CEO ushered in a short period of time. Notwithstanding the time cultural transformations take, a short stint of Sikka offers some evidence on the impact that could be created.

On Sikka contribution in his own words, this sums it up well.

“Three years ago, I started this journey with a calling, to help reshape the company around innovation and entrepreneurship, to deliver breakthrough value for clients, and to help elevate our work, our standing, our selves, on the basis of a dual strategy, bringing together dualities of renew and new, automation and innovation, people and software, to show a new path forward in a time of unprecedented disruption within the industry and beyond.”

I would like to centre this article on the most salient contribution that the former chief of Infosys had made- Innovation, and more specifically, the call for Design Thinking. Vishal Sikka became, and remains, the posterboy of Design Thinking to the Indian business fraternity, and startups, alike. A concept and its applications which were marginal for a long time, and mostly limited to the hi-tech firms or startups rooted in west, Design Thinking became much more a common phrase after Sikka became the CEO of Infosys.

With the sheer scale of trainings offered to people across levels at Infosys, several organizations could see a viable intervention on Design Thinking, and associated concepts. I, for one, have delivered several such programs, and I thank Sikka profoundly in bringing the concept to the leadership discourse and amenable to be introduced at organizations, far and wide.

I would like to touch upon two important Innovation Leadership insights that one could draw from the rather short and eventful career Sikka had at Infosys.

Educated, trained and seasoned in the west, infusing innovation in an existing setup was natural for Sikka. While keeping pace with time and the changing technology and Information Technology landscape, customer centricity and rapid iteration assume importance. No longer can IT firms wait for customers to propose developmental requirements or support engagements, but they need to be proactive in reaching out and working along with the customers. That’s where Sikka’s Zero Distance and Design Thinking programs become instrumental in infusing a grassroots innovation at the organization.

” Instead of a traditional top-down pyramid, we create a more bottom-up thing where you have thousands of small entities like that and the management is enabling these people to go out there and be innovative. This is underneath what Zero Distance is.“

Coupled with the flattening of the organization and infusing some fresh blood, a commitment towards training employees of Design Thinking paved the way. By the mid of last year, over a lakh employees were trained on Design Thinking concepts and techniques.

Even with Sikka stepping out, the value add to the employees on building a new mindset and honing sharp skills doesn’t go away. Especially, with the advent of automation, rapid digitization and democratization of jobs and skills, such an empathy driven approach puts Infosys in a good shape.

Managing the old and the new under one roof is often problematic. With the legacy business serving the company well, a radically new product is often met with inattention and apprehension. Having studied how incumbents often fail in commercializing radical products or disruptive innovations, Harvard’s Clayton Christensen advocated that firms must look at separate entities that are operationally disconnected from the main entity. Also called as ambidexterity, where a firm simultaneously explores and exploits the opportunities.. Under Sikka, Infosys practiced the trait to a large extent- that’s been the new and renew approach.

The spinning-off of Edgeverve into a separate entity with its own structure and people had helped the core company focus on it’s ‘bread and butter business’ and let the risky bets on new product development be taken care by an expert team. Three years on, the 5000+ people strong Edgeverve team (includes Finacle) remains a towering example of applying theory to practice in an Indian context.

Notwithstanding the several senior level exits over the last few years from Edgeverve, the idea of having a distinct unit focusing on products and IP remains a bold step.

The following statement puts across the challenge involved in the approach Sikka had adopted. Bozhidar Hristov, an analyst at US-based technology research firm TBRI, states:

“Investing and integrating innovative technologies and the need to monetize IP (intellectual property) is needed if Infosys and other India-centric vendors do not want to face a ‘race to the bottom’ scenario.

However, these are hurdles to overcome as competing on price remains in the core of their DNA and seamless execution remains a challenge, resulting in influx results, executive exodus and stakeholders’ gloom.”

Innovation calls for patience, especially when it’s about going against the tide.

I would like to put Sikka as an instance of someone who tried to bring about a change and infuse innovation within the organization. However, the pace of change and the eagerness to expect the results could not match the ambitions, and we had other turbulent aspects overshadowing the goodness of the approach Sikka adopted.

As for managing innovation, I believe that Infosys’ Sikka does offer insights and practices worthy of imitating.

I think, the following statement by Sikka would suffice.

It will continue to be a challenging journey, but it is one worth fighting for.

I wish him luck!

Some of your talents and skills can cause burnout. Here’s how to identify them

One question that can help you hire the best... 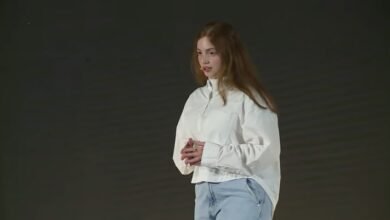 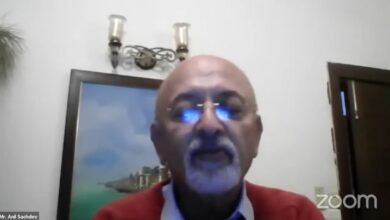 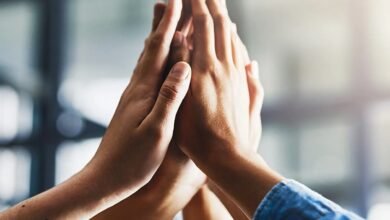