Yesterday, Steve Bannon clearly articulated what many people have felt and known for quite some time when he told journalists, “You’re the opposition party. Not the Democratic Party… The media’s the opposition party.” This builds on earlier remarks by Trump, who said, “I have a running war with the media.”

Journalists have covered this with their “objective” voice as though it was another news story in the crazy first week of WTF moments. Many of those who value the media have looked at this with wide eyes, struggling to assess which of the many news stories they should be more horrified by. Far too few are getting the point:

The news media have become a pawn in a big chess game of an information war.

News agencies, long trained to focus on reporting information and maintaining a conceptual model of standards, are ill-equipped to understand that they may have a role in this war, that their actions and decisions are shaping the way the war plays out.

When Kellyanne Conway argued that they were operating with “alternative facts,” the media mocked her. They tried to dismiss her comment that the media has a 14% approval rating by fact-correcting this to point out that this was only a Gallup poll concerning the media’s approval rating among Republicans. But they missed her greater point: there’s no cost to the administration to be helpful to the media because the people the Trump Administration cares about don’t trust the media anyhow.

As I wrote in “Hacking the Attention Economy,” manipulating the media for profit, ideology, and lulz has evolved over time. The strategies that hackers, hoaxers, and haters have taken have become more sophisticated. The campaigns have gotten more intense. And now many of the actors most set on undermining institutionalized information intermediaries are in the most powerful office in the land. They are waging war on the media and the media doesn’t know what to do other than to report on it.

We’ve built an information ecosystem where information can fly through social networks (both technical and personal). Folks keep looking to the architects of technical networks to solve the problem. I’m confident that these companies can do a lot to curb some of the groups who have capitalized on what’s happening to seek financial gain. But the battles over ideology and attention are going to be far trickier. What’s at stake isn’t “fake news.” What’s at stake is the increasing capacity of those committed to a form of isolationist and hate-driven tribalism that has been around for a very long time. They have evolved with the information landscape, becoming sophisticated in leveraging whatever tools are available to achieve power, status, and attention. And those seeking a progressive and inclusive agenda, those seeking to combat tribalism to form a more perfect union — they haven’t kept up.

The curious case of the Indian MBA 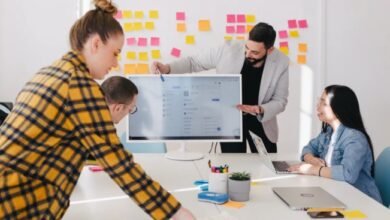 How Your B2B Content Can Connect You With Worldwide Buyers? 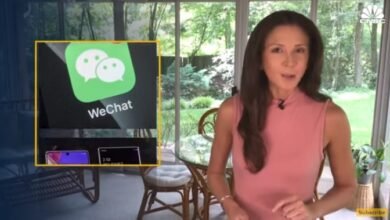