Remember when your mom told you, “If you can’t say something nice, don’t say anything at all?” Turns out, there’s a lot of merit to that advice.

No one likes a complainer. When you show up to work and try your best to add value while being as positive as possible, the resident Debby Downer of the workplace can instantly turn your best intentions into another bad day.

Having to tolerate a perpetual complainer in the workplace has many downsides, not only for you but for the rest of the team. Here’s how.

How Constant Complaining Impacts the Team

You bring people down. As the saying goes, misery loves company. It’s to be expected that enduring a constant barrage of complaining would have a negative effect on you as an individual. One person’s negativity spreads to others, and can put people in a funk over time.

It hurts morale. Constant complaining can have a cumulative negative effect for everyone on the team. Over time, the continuous talk track of negativity begins to wear on people and performance, usually just making things worse.

It makes you look unprofessional. Sure, you may think of it as a way to help bond with your coworkers by creating a common “enemy”. But the reality of the matter is, most people have no interest wallowing with you.

It shuts things down and limits possibilities. When you begin to focus on the negative your internal (and external) narrative becomes centered on what’s not working and you inevitably begin to go down a rabbit hole that becomes more and more difficult to pull yourself out of. Alternatively, when you focus on what isworking, and when you take an appreciative approach to your work you keep the door open for many more possibilities.

The Benefits of a Positive Outlook

So, how do we move away from negativity in the workplace? The good news is, whether positive or negative, emotions spread. If you can begin to intentionally express positive emotions, like gratitude, in your organization, it can eventually turn the mood around.

The Termite of Reservation in India & Way ahead 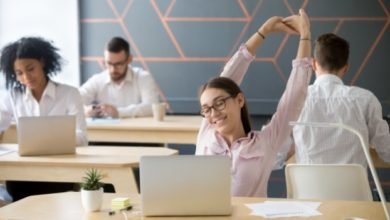 The Importance of Employee Wellbeing and How to Improve It 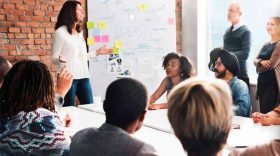 Why Travel for Leadership Training? 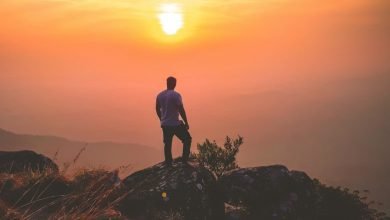 What Successful Entrepreneurs Do Every Day Before Work