a senior project manager at a public utility company, Michael had thrived in his job for nearly a decade. His team of 24 engineers worked quickly and effectively together and was often the source of creative ideas that helped the rest of the organization. All that changed, however, when the utility’s board brought in a hard-charging CEO and made Michael one of his direct reports. “He walked all over people,” Michael recalls. “He made fun of them; he intimidated them. He criticized work for no reason, and he changed his plans daily. Another project manager was hospitalized with ulcers and took early retirement. People throughout the organization felt scared and betrayed. Everyone was running around and whispering, and the copy machine was going nonstop with résumés. No one was working. People could barely function.”

Rather than watch the organization come to a standstill, Michael stepped between the new CEO and his colleagues. He allowed people to vent their frustrations to him behind closed doors and even cry or shout. At meetings, when the CEO picked on coworkers, Michael stood up for them—and often ended up taking verbal beatings. He also played the role of the CEO’s front man, translating his seemingly irrational directives so that people could put them into action. “He’s not such a bad guy,” was Michael’s common refrain. “Underneath it all, he wants the best for the company.”

Michael kept at it for three years, until the board fired the CEO. By then, however, Michael was considering leaving not just the company but his profession. “I didn’t know if I could take the heat in a large organization anymore,” he says. “In the end, I stayed with the company, but I took a year off from being a manager and just worked with the team. I had to recharge.”

Take the heat—that’s how Michael describes his role of absorbing and softening the emotional pain of his organization. It was a critical role, too. After the bad-tempered CEO was gone, members of Michael’s team told the board that they had kept at their work largely because of Michael’s soothing words, compassionate listening, and protection.

Michael is what we call a toxic handler, a manager who voluntarily shoulders the sadness, frustration, bitterness, and anger that are endemic to organizational life. Although toxic handlers may be found at every level in organizations, many work near the top—they run the marketing or new-product development department, for instance, or oversee several cross-functional teams. Virtually all of them carry a full load of “regular” work, and do so very well. In fact, it is often their superior performance that affords them the job security to play the role of toxic handler in the first place.

Toxic handlers voluntarily shoulder the sadness and the anger that are endemic to organizational life.

Research on topics such as organizational pain is sometimes derided for being soft or unrealistic or even for being “politically correct.” “Those people,” the criticism goes, “don’t understand how real organizations work. Companies can’t be bothered with making everyone feel warm and fuzzy. There’s a bottom line to worry about.” But our study did not start with an assumption that organizations, per se, are responsible for their employees’ personal happiness. Rather, we were motivated to study toxic handlers because of their strategic importance in today’s business environment.

In our current market-based and knowledge-driven world, success is a function of great ideas, which, of course, spring from intelligent, energized, and emotionally involved people. But great ideas dry up when people are hurting or when they are focused on organizational dysfunction. It is toxic handlers who frequently step in and absorb others’ pain so that high-quality work continues to get done. For that reason alone, understanding toxic handlers is essential: to miss their contribution, or to underestimate it, is to neglect a powerful source of organizational effectiveness.

Why technology can never replace the recruitment consultant

Air India, In A First, Promotes Employee For 'Honesty' 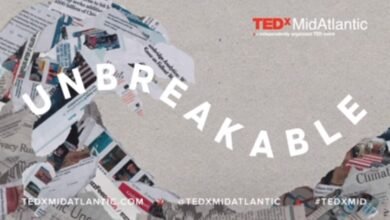 How to be an “organizational heretic” | Carmen Medina | TEDxMidAtlantic 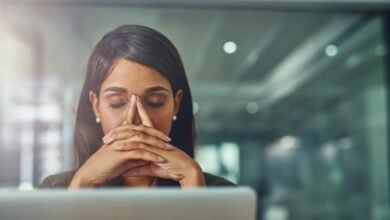 There’s a dark side to looking on the bright side. Here’s a healthier antidote The Leadership and HR Agenda to Make Unity Happen