Steve Jobs and Mark Zuckerberg! Everyone has heard the names of these wildly successful founders of two equally revolutionary behemoths. Acknowledging their success, it is often highlighted that they were college dropouts. So we decided to figure out what exactly makes a college dropout stand out from the crowd, if at all? Is it their zeal to achieve or their out-of-the box thinking which sets them on the path of success? Or were they just one-off coincidences as are most successful startups and founders?

We came up with a list of college dropouts turned entrepreneurs from the Indian startup ecosystem who have taken the country by storm.

A self-taught programmer at 13 and web designer, he took a natural interest in the development of web applications. Seeing a clear market gap for an easy to use, user centric approach to web-based ticketed support and visitor engagement, Varun established Kayako in 2001. He serves as Chief Executive Officer of Kayako Infotech Ltd. and oversees the overall direction as the leading product architect, takes an active role in the design and development of the product line. He started the company in 2001 when he was just 17 with its first office in Jalandhar after dropping out of college.

Born in a small village at Rahimatpur in Maharashtra, Kailash Katkar worked his way to the top to be chairman and CEO of INR 200 Cr business. He is the man behind Quickheal technologies Pvt Ltd. He started with a job at local radio and calculator repair shop and later went ahead in 1990 to start his own calculator repair business. In 1993 he started a new venture, CAT computer services where around that time his younger brother Sanjay developed a basic model of antivirus software which helped in solving the biggest problem of computer maintenance at that time. Later in 2007 it was renamed as Quick Heal Technologies. He achieved all this without any formal education.

A computer science dropout from LBS College Of Engineering in his 5th semester in 2007 end, Deepak never let his ideas caged by book and syllabi, he broke all the bounds imposed by the education system and followed his passion for computers which made him follow the entrepreneurial way. He founded Quest technologies which let people answer someone else’s question which has been asked by a text message. His primary company was Innoz Technologies which was behind ‘SmsGyan’ handing internet’s knowledge to people via texts. His latest venture is Lookup, which is a local commerce messaging app which lets users chat with local businesses and shops.

8 Books That Will Make You a Better Project Manager 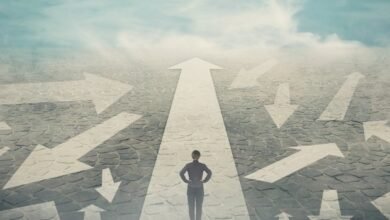