Being an entrepreneur is no easy task- infact it is the most difficult and the most fulfilling job in the world.

Granted, you make millions once your startup takes off and we mostly seem to focus on that, but what we forget to acknowledge is the years of hard work and perseverance that went behind making that success story.

And, we present to you three of the most inspiring success stories of entrepreneurs that’s bound to leave you inspired. 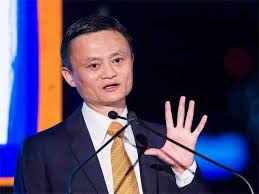 1. Jack Ma: Jack Ma, who founded Alibaba and is its Executive Chairman was rejected from as many as 30 jobs, including a job at KFC before he became the richest man in China. His e-commerce company, Alibaba attracts 100 million shoppers a day and his real time net-worth is a whopping $21.9 billion. But, being the richest person in China didn’t come easy to Ma. He went through a lot of rejection before seeing all the unprecedented success.

For starters, Ma revealed in a recent interview that he failed a college entrance exam three times. Unfortunately, it didn’t just end there. Ma faced more obstacles when he founded Alibaba in 1998. The brand didn’t turn profitable for the first three years, and Ma had to get creative.
One of the company’s main challenges was that it had no way to do payments and no banks would work with him. This is when he decided to start his own payment program called Alipay. The program transfers payments of different currencies between international buyers and sellers.

3 Skills You Need to Nurture During your Career Break