IT firms in India are in the midst of the industry’s largest retrenchment drive with 7 of the biggest companies including Infosys, Wipro and Cognizant planning to lay off 56,000 engineers this year.

All the top IT firms are still in denial mode and attribute the planned lay off to a ‘marginal’ increase in the number of poor performers on account of a ‘more rigorous’ performance evaluation process.

Information technology (IT) companies in India are in the midst of the industry’s largest retrenchment drive, with seven of the biggest IT firms planning to ask at least 56,000 engineers to leave this year.

The number is at least twice the employees laid off by the companies last year, reflecting their under-preparedness in adapting to newer technologies and dealing with the fallout from US President Donald Trump’s protectionist policies.

The companies include both Indian and multinational firms with a large footprint in India.

Most of them will end the year with fewer employees than they started with, despite continuing to hire young engineers, according to the HR heads at two of the seven companies.

The numbers were collated by Mint after extensive interviews with 22 current and former employees across these seven companies.

All seven companies are still in denial mode and attribute the planned exits to a “marginal” increase in the number of poor performers on account of a “more rigorous” performance evaluation process.

“Cognizant has not conducted any layoffs,” a spokesman said, adding that the performance-based reviews this year are consistent with past ones.

“Our performance management process provides for a bi-annual assessment of performance,” a spokeswoman for Infosys said, declining to share the number of employees asked to leave in the current quarter. “We do this every year and the numbers could vary every performance cycle”

“Performance appraisal may also lead to the separation of some employees from the company and these numbers vary from year to year,” said a Wipro spokesperson.

Spokespersons for Wipro, Infosys and Capgemini termed the numbers cited in this article, in terms of employees being laid off, speculative. A DXC spokesperson declined comment.

“We continue to implement strategies to meet the changing demands of business in the current global economic environment. As a performance driven organization, we assess employee performance on a regular basis and take necessary actions wherever necessary,” said a spokesperson for Tech Mahindra.

A spokesperson for HCL said that the company does not have any plans to ask more employees to leave in the current year.

Tata Consultancy Services Ltd (TCS), the largest IT employer with close to 390,000 employees, does not have any plans to ask anyone to leave this year, said a spokeswoman.

At the heart of the problem is the fundamental change in the business model that Indian IT companies are wrestling with. It’s as if the world has become digital, and they haven’t (at least, not enough).

“Digital revenue is still less than a fourth of traditional business. Meanwhile, traditional business is slowing. All of us have to re-look at the existing talent pool to make sure it is aligned to future needs,” one of the HR heads cited above said on condition of anonymity.

As IT companies start working on newer technologies such as cloud computing, they are fast moving from a people-led model, which means they need fewer employees. Meanwhile, many of the IT companies have embraced automation tools to perform the mundane, repeatable tasks that were performed by an army of engineers earlier.

Is Your Boss a Chief Critic Officer?

Ten Management Mistakes that will Kill Your Team's Motivation 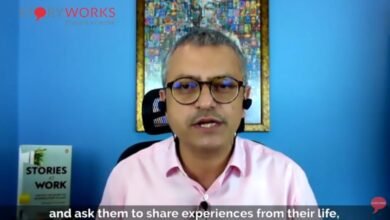 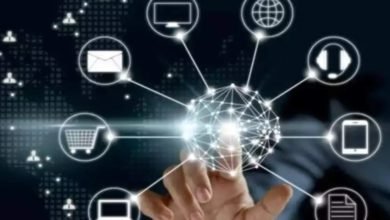