WASHINGTON: The Trump administration has announced a new policy that makes very tough the procedure of issuing H-1B visas to those to be employed at one or more third-party worksites, a move that will hugely impact Indian IT companies and their employees+ .

Under the new policy, the company would have to go an extra length to prove that its H-1B employee at a third-party worksite has specific and non-qualifying speculative assignments in speciality occupation. The H-1B programme offers temporary US visas that allow companies to hire highly skilled foreign professionals working in areas with shortages of qualified American workers.

The new move announced yesterday through a seven-page policy empowers the US Citizenship and Immigration Services (USCIS) to issue H-1B visas to an employee only for the period for which he/she has work at a third-party worksite.

The latest policy memorandum is a part of President Donald Trump’s ‘Buy American and Hire American Executive Order’ and the directive to protect the interests of US workers, the USCIS said.

As such the issuing of H-1B visas could be of less than three years. This would reverse the tradition of issuing the H-1B visas for three years at a time.

Effective immediately, the new guidance comes weeks ahead of the beginning of the H-1B visas filing season, which is expected to be April 2, for the fiscal year 2019 beginning October 1, 2018.

Listening Is an Art, and Mastering it Will Make You a Great Leader

Learn the Components of Communication in the Workplace 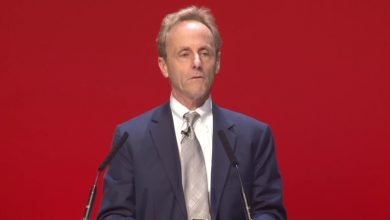 Forget US, you need reskilling to keep your job in India: R Chandrasekhar, Nasscom