As a young HR person I remember getting angry about policies and personnel decisions that were proposed without any consideration of their impact on the people involved.

Sometimes I would say “I feel strongly that if we push through this plan, we will have big problems.”

The air in the room was often thick and tense. You could feel emotions flying around. Often someone would fire back “You feel strongly, you say? Let’s see your data!”

Gradually I found my voice and my backbone.

It was liberating when I realized that I could say “This is not an issue that we’ll decide by analyzing data. We’re talking about the trust we’ve built in this organization, and how the proposed plan will reinforce or destroy that trust.”

There is a certain mindset, prevalent in the business world, that cannot deal with or give weight to emotions and intuition. People in fear are afraid of intuition. They think it is witchcraft — and maybe it is, but a powerful and healthy kind of witchcraft that anyone can tap.

A big step in claiming your power is to say “I don’t have data to support my position. I can share my experience and my reactions to the proposal, which are very strong and negative.”

I found that any time my gut recoiled, the logical reasons for that reaction dropped into my brain somewhere between twelve and seventy-two hours later.

I waited patiently for the data to download from the cloud of collective consciousness or my higher self and it always did.

Great leaders in history and people we hold in esteem today are not people who used spreadsheets to convince a skeptical audience of their views. They argued another way — from their own base of credibility and conviction.

Sick of Wasting Time on Emails? Try this 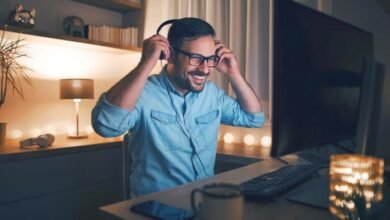 How Digital Assistants Can Close the Gap for Remote Workers