Studying labor laws and employment practices was uncool if you wanted to work in Big Tech. That is changing.

Industrial Relations has been the neglected child of Human Resources professionals. Dealing with unions (particularly in India) was always portrayed as the equivalent of joining the Bomb Diffusion squad. The history of militant trade unions made fresh entrants avoid or minimise doing a stint where they needed to deal with union office bearers. I believe, it builds skills that are hard to hone in any other assignment.

In the eighties, strikes and militant trade unions were part of the headlines every day in India. The Great Bombay Textile Strike was a textile strike called on 18 January 1982 by the mill workers of Mumbai under trade union leader Dutta Samant. The purpose of the strike was to obtain bonus and increase in wages. Nearly 250,000 workers of textile mills went on strike in Mumbai. The majority of the over 80 mills in Central Mumbai closed during and after the strike, leaving more than 150,000 workers unemployed.

The unions would bargain about improving wages, bonus payouts, benefits (such as vacation, health care, and retirement), and working conditions. They kept an eye out for unfair labor practices. They provided the checks and balances in the power equation.

Unions had class connotations. Medical Representatives took a long time to get unionised because they felt ‘unions’ were meant for blue-collar workers. Pilots, doctors, nurses, bank employees and many others have bodies that represent their interests.

The IT sector in India (IT, ITES, KPO, BPO) have made attempts to organise the employees under an organisation called FITE (Forum for IT Employees). Given the high mobility of employees in this sector, unhappy employees would quit the employer and join the competition.

There is an equilibrium between work-worker-workplaces that will always get maintained. When the nature of work changes (say from farms to factories), it needs a different set of workers (with different skills) and to manage them, the workplace needs new roles, rules and legislation.

Dying to get it

When tech founders created new startups like Google at the turn of the century, they seem to have built a different world. There was nothing left to be desired in an employer. Other employers in high tech competed with lavish perks and fancy offices to outdo each other. Suddenly everyone wanted to be in tech.

Google was that new employer that made everyone sit up. Everyone wanted to see the office that had slides, free food, unlimited vacations, swimming pools, masseurs, sushi on demand for starters. The stocks were creating millionaires, dead or alive.

Google’s “death benefits” meant that the deceased employee’s spouse or domestic partner got paid 50% of their salary for 10 years.

The world is not enough

When Google employees formed a Union, it made news. What could Googlers be unhappy about? They have all the perks, great salaries (the median Alphabet employee earned $258,708) and benefits that makes others envious.

The Alphabet Workers Union has grown to 700 members. They are addressing issues that traditional unions have rarely aimed to impact. Here are four triggers that triggered the Google employees to form unions.

From tangible to intangible drivers

There was a time when miners and factory workers formed unions to bargain for tangible improvements – salary, working conditions, benefits etc. Work has morphed to being intangible as it moved to the cloud. The worker is not just the human, it is the invisible algorithm and technology that together creates the product or service.

The tangible full time employee headcount is being supplemented by an increasing fleet of freelancers, gig workers, contract labor and temporary workforce providers. The business models of companies in e-commerce, food delivery etc are built on making the workers ‘invisible’ and intangible.

It is not surprising that the triggers for unionisation in the new workplaces will be about intangible issues like fairness, free speech, inclusion, equity etc. These are all the themes that have been pooh-poohed away because they have “no business case”. What is the business case for treating employees fairly? Tech employs the most highly educated and aware people. That means they will agitate even for social, economic and political issues.

Emotions in the workplace

The business model where the CEO represented shareholders’ interest alone is a thing of the past. The Google case will fast-track other tech workers to unionise. It will also push leaders into new territories like political choices and gender bias that they have skimmed, skirted and avoided in the past. Dealing with unionised employees who have PhDs needs different skills. Understanding emotions is hard for most people. Expect to see more emotions in the workplace. Leaders will have to learn to deal with it.

In B-Schools we may again see a scramble to learn about labor laws and employment practices. This time the unions will be formed by the most well-compensated PhDs. The new worker will drive these changes in the workplace. The new symbol of the Union flag may have a computer drawn on it instead of a spanner.

Read more: Check out The Activists are in the Office from my new book Dreamers and Unicorns available on Amazon and bookstores worldwide.

Is greater unionisation of tech inevitable? Leave your comments and let me know what you think.

How To Become A More Decisive Leader 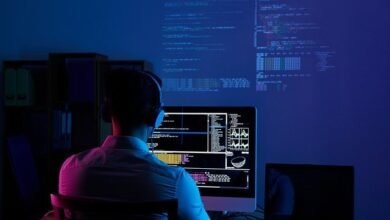 How to Get Your Tech Business to the Next Level