During my college days one of my friend’s sister’s marriage was fixed. The boy was working in Gulf country and supposed to reach Kerala two days before marriage. Due to some official problem he could not get leave and there was absolute tension at the bride’s house. We were also present in the house but not included in the discussions for want of Seniority. The Eureka moment came when they decided to go ahead with the marriage. The bridegroom was present symbolically only but the elders never wanted to miss the auspicious ‘muhurtham’. I am not sure whether it was called virtual marriage but today with confidence I can say it was a virtual marriage before the computer and internet era. After two months’ bridegroom got leave and marriage was formalized. In Government records they might have accepted this date only. This marriage came to my mind when lot of discussions are taking place around us regarding virtual life.

In the locked down period your next nearest friend after your wife is Google only. When I was fiddling with LinkedIn today morning I bounced on a term ‘Virtual Water Cooler’. I became very curious about this and requested Google to help me out. It gave me some idea but not to my satisfaction. Suddenly I located a debate conducted in a national television channel regarding the topic Work from Home. The panelists in the debate were outstanding professionals ranging from IT giant’s heads to Harvard University professor. Everybody referred Water Cooler along with work from home. In an office setting there are so many occasions for informal chat and free interaction. May be these things happen near water coolers. I understood the subject clearly that in the work from home scenario organisations across the world is striving hard to create informal platforms. To give an example Sri. N. R. Narayana Moorthy, Founder of Infosys makes it a point to join youngsters during lunch time to create an informal atmosphere for interaction whenever he used to be in Bangalore Headquarters. That is the significance of informal occasion. Leading companies across the world are doing wonderful interventions through Virtual Water Cooler moments. Companies are providing DJ, story tellers for kids, parents group, gym, meditation classes for employees and families, medical advice etc. My elder daughter with two kids was explaining to me the challenge of WFH in the current model. With schools shut, spouse working from home, attending to work is not the normal work from home they sought. The point I want to impress is that Human Resources function will need a long virtual arm to create water cooler moments among the teams across the organisation. HR is capable of accepting this challenge.

Wish happy water cooler moments for employees across the world!

Originally published by Girish in LinkedIn 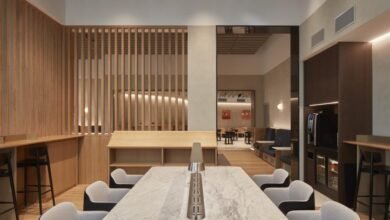 Effective Remote Communication: How to Communicate with Your Team