In 1971, a computer engineer named Ray Tomlinson sent the very first email: a test message to himself, which he sent to a computer placed right next to the computer he used to send his message.

Today, more than 269 billion email messages are sent every day, according to the Radicati Group. That’s about 72 emails for each of the estimated 3.7 billion email users in the world.

Despite the proliferation of collaboration tools and chat apps, most companies wouldn’t be able to run without email. The global economy would probably come to a screeching halt if email traffic were to suddenly stop.

But how many of the billions of emails that are sent each day actually achieve what their senders set out to accomplish? What’s the impact on employee productivity of reading and writing so much email each day? And what is email doing to our ability to build trust-based relationships with colleagues and clients?

Somehow, behavior that most people would never exhibit when interacting with others ends up surfacing in the form of annoying–and sometimes just plain rude–email habits.

Here are seven such habits I continue to observe that, with just a little extra awareness and effort, could be–no, should be–made obsolete:

1. Addressing multiple people in an email request that can be answered by just one person.

Ever get an email addressed to you like this? “Dear Person A, Person B, Person C”. The sender assumes one of you knows the answer to the question or has a solution to the problem they raise in the email. Since it’s easy to type two, three, or more names, why not carpet bomb them all at the same time and save the trouble of trying to find out who is best placed to actually help?

Sure, there are instances where you want to share information with several people simultaneously. But that’s sharing information. When you want to solicit someone’s help, asking three or more people at the same time–and in the same email–sends the message that you don’t really know who you should send the email to.

2. Sending the same email request separately to multiple people without telling the others.

I’ve seen too many aggressive salespeople (or others who are trying to secure time and attention from me or my colleagues) over the years make the same exact pitch to multiple people from the same company, but without copying the others on their email. It’s a numbers game, right? Just blast as many emails as you can and eventually you’ll get a positive reply, right?

No, that’s not how it works.

3. Copying other people in a reply to your email when your email was clearly intended just for one (or a few) people.

I sent an email to you asking you for your opinion or advice on a matter that is relevant to you. So why did you bring in someone else or even multiple people into the email thread? It’s like I’m at a cocktail party having a one-on-one conversation about a private matter and then you suddenly invite two more friends to answer the question I had just posed to you in confidence. That’s how it feels when you add others in your reply to the email I had only addressed to you.

How To Get A Referral To Your Dream Job

Regrets of the Living. More Important Than Regrets Of The Dying 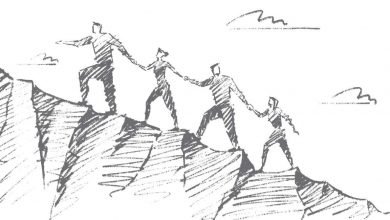 Lets have fewer ninjas and rockstars, and more people helping each other