If you weren’t born into wealth, and yet you want to know how to get rich, there’s only one answer: Learn to become an entrepreneur.

Step number 1 on that journey is to make the commitment to become a producer, not a consumer, because a producer spends his or her time doing things that accumulate wealth, while a consumer transfers his or her wealth to somebody else.

I’m inspired in this column by a post written by Tracie Fobes, who runs the website Penny Pinchin’ Mom (which she started after she and her husband worked their way out of $35,000 in debt). Becoming debt-free is an important starting point on the journey to a producer’s mindset.

So where do you begin? By cultivating the right daily habits practiced by debt-free people–which happen to overlap with the producer’s mindset. Check them out here, and then read the free e-book bonus content, The Big Free Book of Success.

1. The habit of restraint.

Restraint is comprised of patience, dispassion, and self-control. It’s the ability to resist temptations–most notably, impulse buys. On her site, Fobes uses the example of a person who drives an old clunker or even takes the bus for a few years, so as to be able to afford to pay for a new car in cash.

Of course, a person who truly practices restraint might take things a bit further, deciding never to splurge at all on something like a vehicle that will depreciate, and instead investing in assets that will ultimately produce returns.

2. The habit of experientialism.

Experientialism is defined as “the philosophical theory that experience is the source of knowledge.” It’s used here as a juxtaposition with its opposite–materialism. If you’ve heard people talk about how they’d rather have experiences than things, well, that’s part of it.

People who are able to adopt a producer’s mindset can certainly appreciate quality and even extravagance. However, they’re able to maintain their distance, and they understand that very few material things are lasting and spiritually nourishing.

3. The habit of frugality.

Does frugality just mean being cheap? Not exactly. True, producers live beneath their means. (Almost by definition, if you’re debt-free, you’re living below your means.) However, this also incorporates a willingness–even an eagerness–to find deals and negotiate.

On her site, Fobes talks, for example, about how she managed to get a discount on a new television by offering to pay in cash rather than use a credit card. It works the other way, too–producers value the things they create by what other people are willing to pay, rather than the (often smaller) amount that it cost them to produce.

4. The habit of strategic thinking.

At its simplest point, this habit is just about thinking before acting–and having a plan. Again, it involves forgoing impulse purchases, and spending money primarily where it creates a real and lasting benefit.

“Those who have no debt can see further ahead and plan accordingly. They plan for the big purchase. They are ready for the unforeseen emergency,” Fobes writes. “They set goals.”

Can Indian IT Stay Relevant? 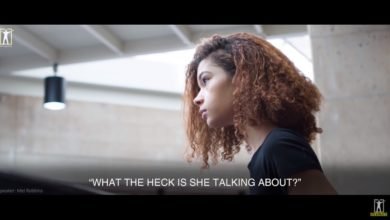 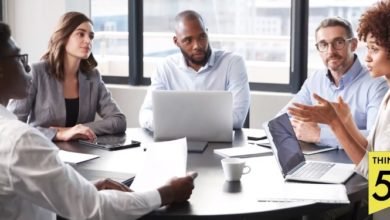