It was when Bruce Lee was working on the bent-penis project that he started to wonder about the direction of his career. It was 2011. Lee, an adman who happens to share a Kung Fu master’s name, had opted to go freelance in recent years, which had proven lucrative enough. But the projects were frustrating.

He was rounding 60 and had already had a big career. His fondest memories were perhaps of his time at Scali, McCabe, Sloves, where he’d spent three years in the ’80s as creative director; it was the place where he recalled being consistently rewarded based on craftsmanship and the quality of the work. He went on to a series of other executive creative director gigs at major agencies like Wunderman and OgilvyOne.

In the late 2000s, Lee decided to try his hand at freelancing. He’d always envied the high-priced freelancers he’d used to hire himself. He teamed up with an old colleague named Jill McClabb. But by the time they got the bent-penis assignment, the bloom was off the rose.

It wasn’t that the subject matter failed to interest. Quite the opposite: Lee had become quite invested in the project, which raised awareness around Peyronie’s disease (and “it’s not funny—it’s terrible,” says Lee). Rather, it was that as a freelancer for hire, he didn’t have any power. He didn’t have control. He did good, creative work, and the people who hired him picked it to death; the work never even ran.

After a particularly frustrating meeting, he walked back to the narrow room reserved for freelancers. (In earlier phases of his career, he’d had big, grand offices. Now he shared cramped quarters with McClabb and three other freelance teams.) That was when it hit him.

He looked at McClabb and said, “How would you feel if we started our own agency, and didn’t have to deal with this bullshit anymore?”

Soon enough, they started thinking about other people to call. They thought about Andy Semons.

How To Graciously Accept A Compliment

How To Appear Reliable With A Job-Hopper Resume 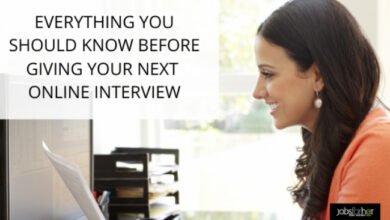