Source | The Times Of India : By Subodh Varmal

NEW DELHI: Essential services such as banking and public transport are likely to be hit on Friday as trade unions go on a nationwide strike to protest the government’s alleged “indifference” to their demand for better wages and “anti-worker” changes in labour laws. Railway services will not be affected.

Rejecting the Centre’s appeal, the unions said this year’s strike would be bigger than the one on September 2 last year. Demonstrations would be held in Ghaziabad, Sahibabad, Noida and all districts of Delhi, especially industrial clusters, and union leaders would address a rally at Jantar Mantar.

Days before the countrywide strike by workers on September 2, the government had announced that it was raising minimum wages of unskilled workers from Rs 246 per day to Rs 350 per day.

This was “based on deliberations in the meeting of Minimum Wage Advisory Board held on 29-08-2016”, of which trade unions are also a part, claimed the government.

The trade unions have alleged that no such proposal was discussed in the board meeting. Kashmir Singh Thakur, member of the board, has written to labour and employment minister Bandaru Dattatreya saying that the “the proposal of Rs 350 per day as minimum wage … never surfaced in the meeting on that day”.

Thakur has claimed that all the workers’ representatives at the meeting of the board had, in fact, reiterated the demand for Rs 18,000 monthly minimum wage (Rs 692 per day), which is one of the key sticking points in the dispute and the cause for widespread support for the impending strike.

The central trade unions are upset at this sleight of hand and have called upon the government to issue a “correction” or a “rejoinder” on this.

What is the basis of the two contradictory proposals of minimum wage? While the government has not given any details as to how it arrived at the figure of Rs 350 per day, trade unions say that their proposal is derived from a standard method of calculating the minimum wage accepted by the Indian Labour Conference, which has representatives from the employers and the government, along with workers’ representatives. This standard method was also followed by the 7th Pay Commission, which recently released its report on pay fixation of government employees.

Why to Hire 'Emotionally Intelligent' People 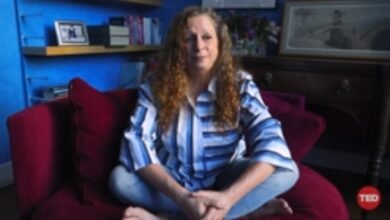 Your 2018 benefits resolution? Getting the most out of what you have