With the widespread adoption of Design Thinking (DT) methods and philosophies, one could well be fooled into thinking of DT as a universal panacea to innovation. However, DT has certain domains and contexts where it beings about transformative results, whereas in other realms, the method could be useless, if not counterproductive.

A lot has been written about the marvels of this approach, I wouldn’t want to add to the praise, however, the intent would be to caution the users and followers of DT of the boundary conditions. This piece talks about three key contexts where DT reaches it limits, of shall I say — fails.

In one of the most remarkable works in the space of innovation and technology management Harvard’s Prof. Clay Christensen argues how successful organizations become too obsessed with their current customers that they miss out simplers, more effective disruptions, often triggered by technology developments well within their industries. In his book — The Innovator’s Dilemma — he narrates several such instances where listening to your (existing) customers too intently could well pave the path of your ultimate downfall.

Listening to customers and users, paying close attention to what they ‘do’, instead of what they ‘say’, mapping their journeys, building their personas et al., are suitable ways to improve existing offerings, or device new ones for existing customers. But disruptions often surprise the customers, both old and new, and the incumbents, on what’s possible.

Let me take the example of the last mile connectivity in cities like Bangalore. This could be between the metro station and your residence or office, between your shuttle pick-up and drop-off point and your residence, or a short trip to your local market. Typically a person would hassle with the autorickshaw drivers, or overpay to an Ola or Uber, or take a lift (increasingly endangered habit). How do you solve this problem?

Here comes your humble bicycle — the bicycle renting industry. The dockless bike renting, with rentals as low as Rs. 2 per kilometer, seems to solve the problem. With the likes of Pedl, from Zoomcar, Yulu, and Ola Pedal, amongst others, the customer had a real choice now, and she doesn’t seem to mind it.

Once introduced, these companies can adopt DT to improve customer experience, but to get there, listening to the existing customers of bike or even cars, wouldn’t have helped.

DT is a time consuming process, owing to its stages of divergence and convergence. Ideally, one is supposed to spend a good amount of time developing empathy towards the customer, the context, and the problem to be solved, then arrive at a problem statement, then generate ideas with a dictume of ‘no idea is stupid’, run experiments and, finally, pick the most promising ones. All this is ideal, when you have time and other resources, but what if that’s not the case?

One of the most innate human qualities is our ability to improvise, or as researchers call it bricolage — solving a problem with the available resources at hand — the outcome is typically a good enough solutions to a thorny problem.

The National Innovation Foundation and the Honeybee Network is a good archival of interesting improvisations and solutions from the grassroots of India. There are several specific solutions to local problems, which may not be scalable, but nevertheless solve a problem. These are, by no means, elegant solutions, but those that work.

Take for instance amphibian bicycle, an invention by Md. Saidullah (shown in the video below).

As the inventor (if I may say so) admits — ‘my desperation led me to innovate’. He was and, most likely remains, a lone user of the improvisation, but that doesn’t make the amphibian bicycle any less of an innovation.

Did Mr. Saidullah adopt DT? My DT pundits would say ‘yes’ (in the hindsight) and try mapping his journey through the stages of DT, but you know that’s incorrect. Our man solved a problem, period. He can’t care any less of the approach. Can he replicate the magic in a different context? Perhaps not, lest he has a desperation!

Once again, DT take this makeshift arrangement and scale this, but to begin with, no process would help.

What is common across the memory foam, formula food, tap water filters, scratch resistant lenses, freeze drying, smoke detectors, and artificial limbs — commonplace things we take for granted? They all have their origins at NASA. There is so much of technology that has come from the famed labs of DARPA (the GPS came from there), CERN (world wide web got created there), and the industrial labs of General Electric, Xerox, 3M, and IBM. Where’s the application of DT there?

DT is most suited for market-pull kind of innovation, and not so much about ‘technology-push’, or exploiting technology to solve, stated or unstated problems.

Take a look at the 3M periodic table (blow), depicting the various technologies it works on, in terms of materials, processing, capabilities, and their applications.

It’s an amazing example of how this company, with a extensive focus on science and technology, applies solutions to unstated problems.

One of the most remarkable examples is the 3M Safety-Walk Anti Slip Tape.

If one was to go around asking people — do you experience any problems while using stairs? Most likely, consumers won’t have come up with any novel suggestion of having anti-slip coating on stairs. However, with an expertise in abrasive and adhesive technologies, 3M could come up with a remarkable product and create a value from almost no where.

Once again, once the solution is apparent, any amount of improvement can be done using DT, till such time another disruptions rocks the industry.

To sum up, Design Thinking isn’t a panacea for solving all kinds of problems, or a go-to model of innovation under all contexts. Especially, when there is a disruption on the way, or scarcity of resources, or a sheer scientific invention pushing boundaries, DT should follow brute human intellect and application.

I welcome your take on this.

The 9 new rules of IT leadership 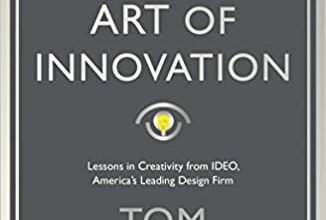