During the pandemic, senior management leaders have had to be the rock, the innovator and the compassionate corporate citizen to the community at large

Have you noticed an advertisement that has repeatedly played out on television? It’s one little potato slice complete with smiley, getting thoroughly “fried”. Apparently, there is no one around to rescue it from the hot oil. And as the little Chip cries out plaintively— “Koi Hai, Koi Hai? (is anyone there?)”— to me, it’s hapless plight somehow resonated with the situation CEOs across the world find themselves in, in these unprecedented times.

Why, you ask? Back in 2012, the Harvard Business Review showed that more than half of CEOs interviewed admitted loneliness in their roles and the majority of them found it affected their job performance. So how much more now, when suddenly at once the CEO has to be the rock, the innovator and saviour, empathetic yet decisive for employees, confidence-provider to investors and the Board, and compassionate corporate citizen to the community at large?

In a McKinsey article “The CEO moment: Leadership for a new era”, David Schwimmer, the CEO of London Stock Exchange Group, sums it up well when he says, “People are looking to me for a different kind of leadership. In a normal environment, it’s about business leadership and setting up strategy, as well as culture and people decisions. In this environment, it’s about helping people maintain morale…being prepared for whatever may come in the face of uncertainty.”

And as the CEOs endeavoured to “show up differently”, one CEO put it rather well, “They want you to be perfect and often forget that you are a human.” While she remains stoic, strong and stiff upper lipped—who is there for this leader as a shoulder to lean on, to express their trepidation or vulnerability, to be a frank sounding board, to connect safely, and to respond to the “Koi Hai” cry?

The Board should step in, you would say. That is true. The Board members have to lend strong support, and perhaps some more than others (may be the chairperson, the lead independent director or even the immediate past CEO— if he is on the Board). And while on the predecessor CEO— even if the person is not on the Board— he or she is a great “go to” if the relationship the two share is authentic and trusting.

What about a coach, outside the organization? Someone who can listen, ask the right questions, give perspective, unearth the blind spots without getting into a solution-ing mindset, and who lets the CEO be truly herself.

Or, if it is a large organization or group— a mentor from within the organization. Not directly in the chain of command but is credible and high performing, who has the experience, yet is not patronizing, and, most importantly, is able to command the chief executive’s trust. The corporate world has had its share of successful mentor-mentee teams and leaders have openly acknowledged their mentors, proving that one is never too successful or too senior to need a professional confidante.

Warren Buffett and Bill Gates, Steve Jobs and Mark Zuckerberg, N. Vaghul and Kiran Mazumdar-Shaw are some well-known examples that come to mind, where the mentees themselves have called out the tremendous impact the counsel has had on them. Incidentally, the word itself is so evocative and comes with such deep meaning—that of a trusted advisor, friend, teacher and wise person like mentor himself who was the King of Ithaca’s “go to” when he had to entrust his son as he went to fight in the decade-long Trojan War.

One CEO explained how his team had just stepped up the game and been with him every step of the way. He specifically called out the trust this pandemic had created in the team and ability for each of them including himself to be vulnerable and seek help as they needed it. He reckoned there could have been no better bonding exercise than this one.

Another CEO told me how he had a select group of leaders he admired who he, in any case, went to regularly once in three or four months to shoot the breeze with, discuss problems and their possible options.

This group proved valuable during the pandemic. But it was also a group he had built relationships with care and been in regular touch with and that’s what proved effective.

Select business schools bring together participants from different industries for sustained MBA programmes, which last about a year or two. Such peer cohorts can prove valuable, too, especially when they come from industries that are not in direct competition. There is such power in meeting, discussing and possibly finding solutions with each other.

All or any of the above are options but the fact is that the Board itself and the CEO, too, has to acknowledge the need for this helping hand, this counselling mind, and structurally create frameworks to make it possible.

Finally, CEOs should be aware of their personal reactions to trauma that might surface as a natural response to a crisis, process the emotions that come with it and seek help from support systems and safe spaces.

In doing so, they will be able to better comprehend these reactions in others whom they seek to help and lead. Simply put, leaders must first tune in and help themselves before they can proceed to do the same for their employees, teams and organizations.

The 10 #Exponential​ Technology GameChangers in Next 10 Years: Virtual Keynote Excerpt

How EMR Technology Has Advanced In The Last 5 Years 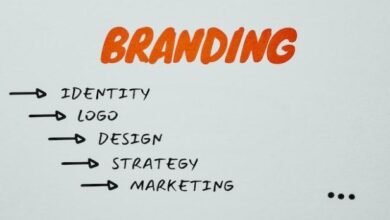 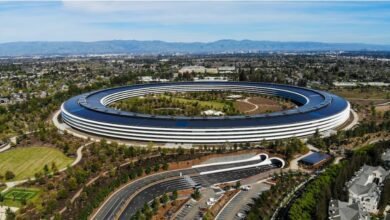 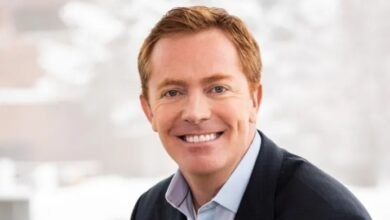