On average, the American workplace is more dangerous than the Latvian, Czech, Slovakian, Greek, Portuguese, Spanish, Polish, Hungarian, or Estonian one. Considering how the United States has a much higher GDP per capita than all of these countries, this seems unlikely. Yet, it’s true. Despite the United States’ immense power on the global stage, its workers are much more likely to die than in economically poorer European countries.

In the ex-communist countries of Europe, the workplace fatality rate from 1999 to 2014 has reduced dramatically. This is perhaps unsurprising considering the economic gains these countries have reaped from the fall of communism. However, what is perhaps surprising is how the workplace fatality rates in many of these countries is now about the same or lower — much, much lower in some cases — than it is in the US.

The safety of the American workplace should be comparable to that of the UK or Sweden, not Bulgaria or Romania, and many Americans are worried the Supreme Court ruling on unions could means that things get even worse.

Considering the US population is five times greater than the UK population, you would imagine that the US would spend five times more money on OSHA than the UK does on HSE. However, this is not the case. From 2016 to 2018, OSHA’s budget has hovered around the $550 million dollar mark. For comparison, the HSE budget in the UK has decreased from around £230 million ($326 million) to around £140 million ($198 million).

Despite this decrease, the UK is still spending much more money per capita than the United States is on health and safety. Yet, it’s not just spending. The UK also has many more workplace safety inspectors than the US does.

There’s a lot the US can learn from Europe in terms of workplace safety, and it’s not just a simple matter of spending more. It’s a matter of creating legislation which allows for more private companies to do the job of health and safety as well. It’s also a matter of giving the institutions which do the job of safety more power and more responsibility. The American workplace can be safe, but it’s going to take a lot of imagination and a lot of bipartisan support.

Tell Me About Yourself

Is the Government meant to Serve or to Rule ? Why the EU is getting tough on Big Tech | CNBC Reports 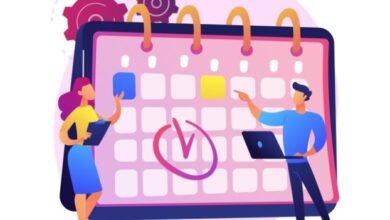 How to Encourage a Healthy Office Environment