It looks like any other convenience store. Candy bars, beef jerky, beer, potato chips, all the stuff you need for a last minute party or a late night craving.

The products are your ordinary convenience store products. It’s the labels on those products that are extraordinary.

They’re the work of Mexican conceptual and installation artist Gabriel Orozco, one of the most successful contemporary artists in the world. He got the idea to turn a convenience store into an art gallery when he was living in Tokyo, what he calls “the capital of convenience stores.”

According to the New York Times, “He gained recognition while living in New York in the 1990s by making humble or ephemeral artworks, finding value in the disposable. For the 1993 work ‘Home Run,’ he arranged for neighbors in high rises facing the Museum of Modern Art to place oranges in their windows, so the bursts of color were visible from the museum.”

You may think he’s just an out-there avant garde-y artist making art for art’s sake. But artists need to eat too (especially if they live in Tokyo and New York City), and Orozco has done a brilliant job of managing his works so they’re now worth thousands of dollars and in incredibly high demand.

When I read about Gabriel Orozco and the way he balances art and commerce, I thought about the entrepreneurs I’ve been interviewing for my book, The Worst Business Model in the World. I’ve been talking to dozens of what I call UDOTS, my acronym for Us Doing Our Thing: the people out here on their own, doing what they’re good at and passionate about, without a regular paycheck but driven to succeed. Designers, lawyers, accountants, scientists, nurses, custom clothiers; owners of logistics companies, fast casual dining restaurants, businesses in the cannabis industry. Highly organized left brainers and seat-of-their-pants right brainers.

I run each of the interviewees through a 15-question survey that takes about 45 minutes. One of the most unexpectedly fascinating questions has been #7: “How do you measure success?”

The vast majority of the UDOTS answer the question by proudly talking about the things they’ve built: The products and services and systems, or the work environments where their people are flourishing in a culture that sets them up for success.

I’d suggest this about entrepreneurs; see if you agree. They aren’t all that different from artists like Gabriel Orozco. What’s most important to them is what they create. Of course, making money is crucial. Unless you’re the heir to a family fortune—and I’ve talked to entrepreneurs who are—you can’t exist without it. But for the majority of UDOTs, it’s not just about stuffing a bank account full of stacks of money. It’s about making enough money to create and maintain and grow something you love. It’s proof that you can love something into existence, as I’ve written about before.

Crucial to chasing an entrepreneurial dream is having the freedom and flexibility to create. To not have to waste full days in meetings or report to somebody. UDOTs are more than happy to trade the potential for security for the luxury of letting their brains roam, to fashion something that could make the world a better place. They believe the money will come. Sometimes it does and sometimes it doesn’t (but really, eventually, it does). In either case, they treasure the opportunity to make it on their own.

The fine art of being tentative

The Dip: The extraordinary benefits of knowing when to quit (and when to stick) 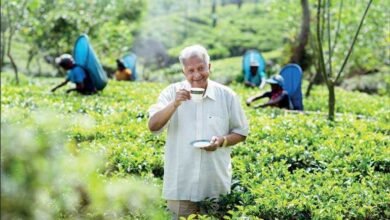