Most people see themselves as pretty trustworthy. The trouble is that psychologically speaking, trustworthiness is mostly in the eye of the beholder. It’s essential to your reputation, which depends on what other people think of you, not what you think of yourself.

And while the idea may make us uncomfortable, trustworthiness is like just about any other trait—meaning it’s a matter of degrees rather than an all-or-nothing quality. Some people have it more than others do. Here’s how to figure out whether people may not trust you as much as you’d like them to or think they should.

It’s almost an insult to call someone predictable. It implies they’re simple and boring. But predictability is a major ingredient in trustworthiness. Indeed, the more consistently you behave, and the more congruence there isbetween what you say and what you do, the more transparent and trustworthy you’ll appear to others.

Conversely, people who tend to be very creative and spontaneous may have trouble getting others to trust them simply because it’s genuinely harder to predict what they’ll do next. So while we tend to romanticize spontaneity andvalorize risk-takers, there’s actually a trade-off between the charisma we generally like on one hand, and seeming conventional yet reliable on the other.

There’s more to it than even that, though. Many people say they value spontaneity and appreciate a certain degree of eccentricity in others, but that simply might not be true. In reality, many of us are much more comfortable dealing with people whose behavior we can predict. It’s simply human to want to control our surroundings, and that starts with making our environments as predictable as possible. This is why so many people (except for extreme extroverts) feel at least a little uncomfortable at first around strangers.

Ultimately, we’re creatures of habit. We wouldn’t like spending time with the same people over and over again if we didn’t actually enjoy their predictability. Life is fundamentally about adaptation, and adaptation involves reducing levels of uncertainty in the world around us so we can economize our thinking and focus our mental energies on more critical tasks.

. . . BUT YOU’RE MORE PREDICTABLE THAN YOU THINK ANYWAY

People are generally more consistent than they think they are. When we analyze our own behavior, we tend to think of ourselves as highly complex, unpredictable creatures. Ask someone about their personality and they’ll likely tell you than in some circumstances they’re extraverted but introverted in others—that they sometimes love planning but at other times love winging it. Ask them about their musical preferences and they may even tell you they listen to “a little of everything.”

Don’t buy it. Or buy it only up to a point. When those same people evaluate others—whether their friends, colleagues, or relatives—chances are they’ll tell you they can pretty much predict what those individuals are likely to do in a given situation. And they’ll be right—many of us really can predict the behavior of those closest to us pretty accurately. The same way that we find other people more predictable than we find ourselves is how others find us.

THERE’S SUCH A THING AS TOO MUCH TRUST

Contrary to popular belief, trustworthiness is arguably best in moderation. Clearly, trust someone excessively and you risk being naive, increasing your chances of getting taken advantage of. On the other hand, if you’re completely unable or unwilling to trust others, you won’t be able to build and maintain relations.

WORK 101: LEARNING THE ROPES OF THE WORKPLACE WITHOUT HANGING YOURSELF This is the perfect time to create a 100% remote company 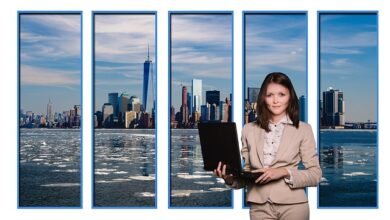 Why Good Employees Quit: The Top Reasons and How to Prevent Them 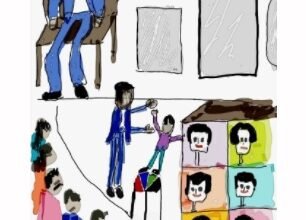 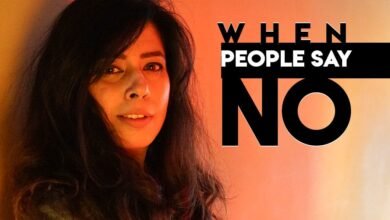 When people say “No”