The past century of science has demonstrated the pivotal role of biochemistry in such human phenomena as love, attraction, and lust. But to consider that individual neurobiology might impact things as rational and complex as, say, stock markets seems rather radical. Yet that’s precisely what trader-turned-neuroscientist John Coates explores in The Hour Between Dog and Wolf: Risk Taking, Gut Feelings and the Biology of Boom and Bust (public library) — an ambitious look at how body chemistry affects high-stakes financial trading, in which Coates sets out to construct — and deconstruct — a “universal biology of risk-taking.”

One particularly fascinating aspect of risk-taking has to do with what is known as “the winner effect,” a self-reinforcing osmosis of the two key hormones driving the biochemistry of success and failure — testosterone, which Coates calls “the hormone of economic bubbles,” and cortisol, “the hormone of economic busts.” In traders — as in athletes, and in the rest of us mere mortals when faced with analogous circumstances — testosterone rises sharply and durably during financial booms, inducing a state of risk-seeking euphoria and providing a positive feedback loop in which success itself provides a competitive advantage. By contrast, the stress hormone cortisol spikes during financial downturns; traders with sustained high levels of cortisol become more risk-averse and timid, ultimately being less competitive.

The euphoria, overconfidence and heightened appetite for risk that grip traders during a bull market may result from a phenomenon known in biology as the ‘winner effect.’

Biologists studying animals in the field had noticed that an animal winning a fight or a competition for turf was more likely to win its next fight. This phenomenon had been observed in a large number of species. Such a finding raised the possibility that the mere act of winning contributes to further wins. But before biologists could draw such a conclusion they had to consider a number of alternative explanations. For example, maybe an animal keeps winning simply because it is physically larger than its rivals. To rule out possibilities such as this, biologists constructed controlled experiments in which they pitted animals that were equally matched in size, or rather that were equally matched in what is called ‘resource holding potential,’ in other words the total physical resources — muscular, metabolic, cardiovascular — an animal can draw on in an all-out fight. They also controlled for motivations, because a small, hungry animal eating a carcass can successfully chase off a larger, well-fed animal. Yet even when animals were evenly matched for size (or resources) and motivation, a pure winner effect nonetheless emerged.

An intriguing correlation, certainly, but what is the causal mechanism at work? Scientists have suggested that there are several elements at play: First, testosterone levels rise when animals face off, producing anabolic effects on muscle mass and hemoglobin, quickening reactions, improving visual acuity, and increasing the animal’s persistence and fearlessness. Then, once the fight is over, the winning animal emerges with even higher levels of testosterone, and the loser with lower ones. Coates sums it up thusly:

Life for the winner is more glorious. It enters the next round of competition with already elevated testosterone levels, and this androgenic priming gives it an edge that increases its chances of winning yet again. Through this process an animal can be drawn into a positive-feedback lop, in which victory leads to raised testosterone levels which in turn leads to further victory.

SINK OR SWIM! NEW JOB. NEW BOSS. 12 WEEKS TO GET IT RIGHT 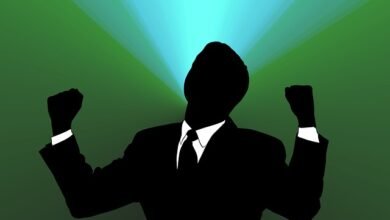 5 Ways to Regain Confidence &Courageousness When the Going Gets Tough