Happiness is a state of mind, said someone. There was a time I used to scoff at the very idea. Seriously!? Anyhow, do I believe in it now? Absolutely! Without a hint of doubt. Hmm…interesting? I will let you in on my story. March 2020 would probably be the most talked about month of all time, with partial to full lockdowns being declared across the globe. Humankind stared in disbelief as a new world unfolded before their eyes. Never in the lifetime, did most of us got to sit at home for such a long time, forget work from home!

The first few days of the home-bound ventures went by in a daze, while I tried to figure out ways of staying squeaky clean. Suddenly, I didn’t have to travel to any place and that gave me plenty of time at home, a place I had secretly longed to spend more time in. I could not believe that I got more time to do things that I have been wanting to. I could sit around in the morning having my tea in peace, without having to worry about the need to rush and get ready for office. I could cook my favorite, simple, yeah, but just too lip-smacking and making-me-feel-more-at-home types. Suddenly, I had something that I had not had for years – time!

As they say, good things don’t last long. From nowhere, an avalanche called work descended upon us like there was no tomorrow. Work became all consuming. Work became food. Work became sleep. Work became the air we breathe in. Work became everything. Even time did not seem to matter. Only work mattered. For, there was always money on the table! Though it did not seem to affect me in a big way initially, the effect of giving oneself into work, slowly but steadily, started showing its effect on me. To my horror, I noticed that I was gaining weight, the weight that I had painstakingly shed over 9 months of sheer hard-work. If you are like me, it will not take long for you to realize what it meant. All my clothes that I had happily given for re-fitment and all the ‘small’ size garments that had entered my wardrobe stared at me, not knowing what to do!

The writing was on the wall! I needed to do something. Something real fast! For, my enemy here was not food. It was lack of sleep and me having to gobble up food at odd hours, as there was another call to attend to, after that. And who am I kidding! Of course, the stress too. And no freebees on guessing that stress invited both my enemies. I had to get rid of ‘feeling’ stressed. Now, it is as good as anyone’s guess that I had to control how much I worked to come out of that feeling. But, there was only one problem. Work was not showing any signs of slowing down. On the contrary, the initial avalanche kept snowballing into many more. It was giving me lesser and lesser time to do things that was needed – like cooking and cleaning, forget spending time with my tea! The euphoria had turned into nothing short of a nightmare.

Here I was! Thinking that I knew how to handle myself. Sadly, I was very far from it. I knew I had to do something about it. Initially, I waited and waited, hoping that work would be done in sometime and I will get more time. When weeks became months, the reality was hard to ignore. It was going to be a lot of work, no matter what! I had to come to terms with it. And come to terms, I did. Little did I know that this simple acceptance of the fact that work is part of my life, will change my life!

I started planning other things keeping work as constant. The result was that I started doing things I liked too – like having my tea in the morning. Only, now, I would have a book in my hand. My morning walks had taken a hit and the time with my tea became time with my tea and my book. My cooking and cleaning time had shrunk, but became an integral part of my daily routine. I found that the only way to de-stress was to keep myself going, from one activity to the other, and happily so. And a happy state of mind helped me to do some mindful eating (on time). Sleep is still work in progress and I will get there!

Republished with permission and originally published at LinkedIn.

Is Your Shopping Spinning Out Of Control?

How To Turn Conflict Into A Communication Tool What skills are Indians learning for 2021 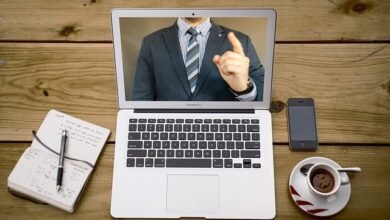 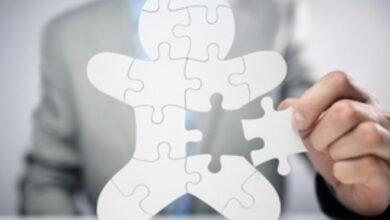 Seven in 10 employees now have greater appreciation of benefits, challenges of WFH: Survey 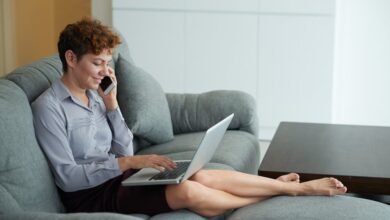 4 Things That Will Improve Your Work From Home Drive